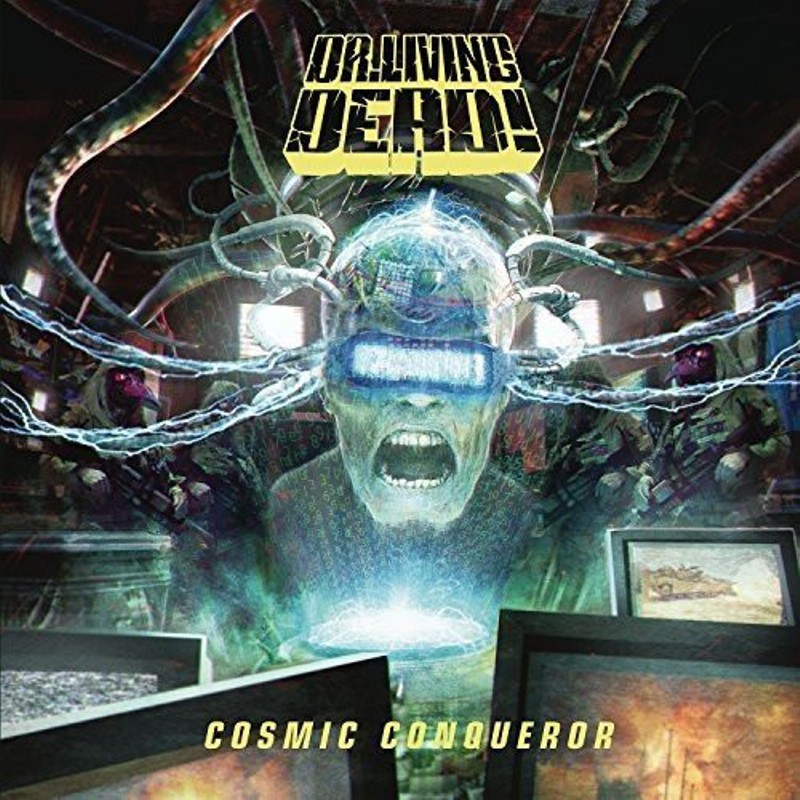 The Doctors are back! And they came to thrash! “Cosmic Conqueror” is the fourth studio album by thrashers DR. LIVING DEAD! and turns out to be one of the most fierce and intense recordings the band has ever put on tape! Considered one of Sweden’s rising forces in hardcore-driven thrash metal, the doctors have managed to build up an excellent reputation with their previous three albums. After forming in 2007, thrashing out two demos and unleashing the self-titled debut in 2011, it was particularly the second full-length assault, “Radioactive Intervention” (2012), which solidified DR. LIVING DEAD!’s reputation as a potent new hope for thrashing madness. The third record and first for Century Media Records, “Crush The Sublime Gods” (2015) was another great homage to the heydays of East Coast US thrash metal (NUCLEAR ASSAULT, OVERKILL, S.O.D.) and Skatecore (EXCEL, MORDRED and of course SUICIDAL TENDENCIES), but with “Cosmic Conqueror” they notably ups the ante! Mastered at Fascination Street Studios (Kreator, Opeth, Amon Amarth, Paradise Lost etc.), it sounds harsher, heavier, and puts you under a real barrage of riffs, catchy sing-a-longs, hooks and gang shouts. “Cosmic Conqueror” is driving, crossover thrash at its most raging, skull-fracturing best!