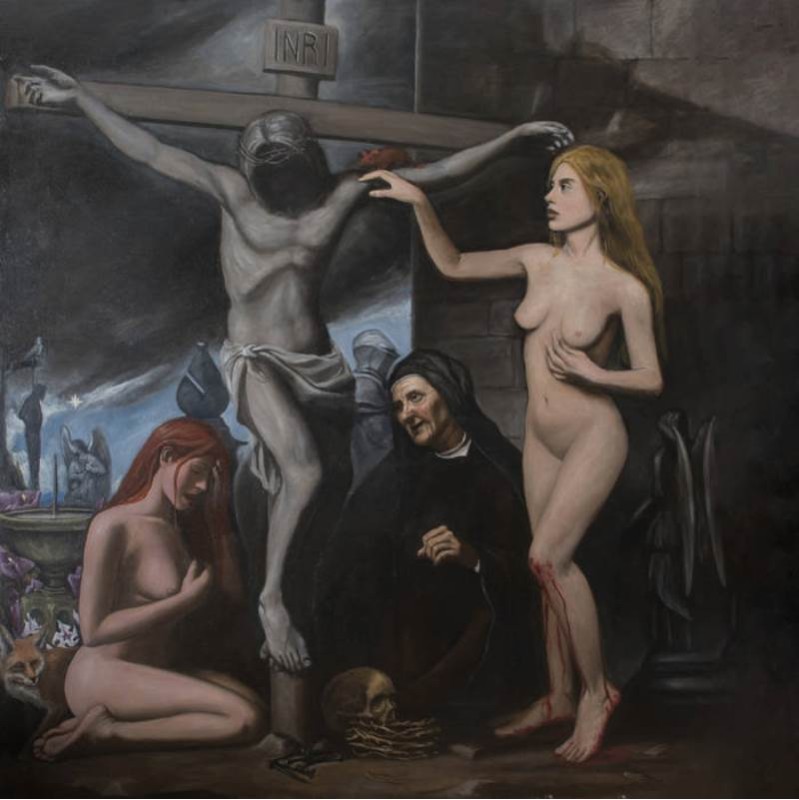 Maudlin yet malevolent, old and new, WAMPYRINACHT's timely return with Night of the Desecration is just cause for celebration. Let the cries of ecstasy resound in the medieval deep!

One of the deepest gems of the always-vital Greek black metal scene, WAMPYRINACHT began unholy life back in 1995. Their first demo arrived the next year, followed two years later by an EP released by Melancholy Promotion, the precursor to the infamous ISO666 label. Thereafter, WAMPYRINACHT more or less returned to the crypt, as members drifted off and mainman Necrolord sought to establish a new lineup. Mind you, Necrolord kept busy in myriad bands in the meantime - truly, he is one of the most prolific veterans of the Greek underground - but it was not until 2017 when WAMPYRINACHT would return with a new recording. Thankfully, that record bore fruit in full-length form, under the title We Will Be Watching: Les cultes de Satan et les mystères de la mort. A dynamic and dazzling display of canonic Hellenic black metal but infused with a melancholy that was indeed vampyric, We Will Be Watching became a late-days essential of Greek classicism.

Patient but still present, WAMPYRINACHT arrive when the time is right with their second album, Night of the Desecration. Immediately, an uptick in energy and clarity is felt; the oft-otherworldly rawness of its predecessor is replaced by a stout 'n' surging sound brimming with a newfound professionalism that pays off in spades. For Night of the Desecration burns with a fire that flickers in myriad directions - rising, falling, cresting, flowing, all-consuming at every turn across the album's deceptively epic 43-minute runtime - but always focused, always finessed. Leading the charge is Necrolord's guitar work here, ably balancing stout 'n' strident riffing with emotive 'n' bone-chilling leads; the heavy metal spirit at the core of classic Greek black metal pulses proudly, but WAMPYRINACHT doubtlessly put their own shadowy twist on it. Night of the Desecration is thus a work steeped in the ancients whilst retaining a freshness of approach that should span generations of black metallers: actual songwriting is king, now more than ever.

Maudlin yet malevolent, old and new, WAMPYRINACHT's timely return with Night of the Desecration is just cause for celebration. Let the cries of ecstasy resound in the medieval deep!