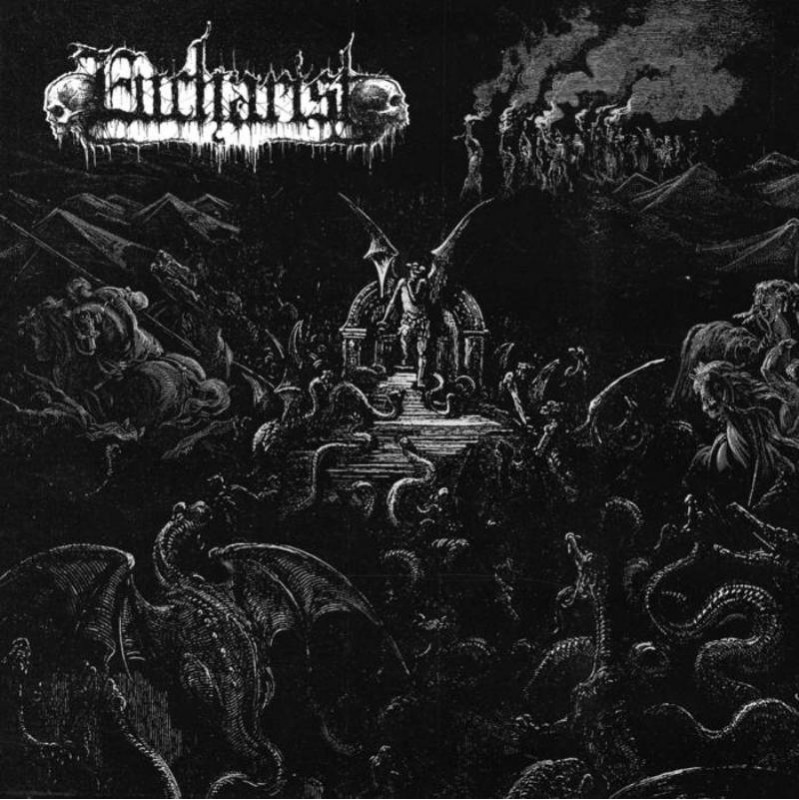 Mystery and malignancy have become hallmarks of EUCHARIST, and with Endarkenment, their un-comforting white web of death looms larger than ever.

Hot on the heels of their Demise Rites demo collection released on vinyl by IRON BONEHEAD PRODUCTIONS, Australia's EUCHARIST return with a brand-new mini-album entitled Endarkenment, set for release on 12" vinyl via IRON BONEHEAD. The band's first new material in nearly five years, Endarkenment is fittingly titled: as much as it illuminates a new side to EUCHARIST, it simultaneously dives deeper into the darkest recesses of the duo's sound. Granted, the atavism/primitivism is still firmly rooted in such ancient gods as Archgoat and Demoncy, but Endarkenment runs counter to so much rote "bestial metal" by exploring the doomiest netherworlds inherent in the idiom - and more often than not, the notes in between. Still barbaric and disgusting, Endarkenment offers a more immersive experience, invoking ritualistic possession and nocturnal obeisance; as such, each side of the record is its own unified work, its own equally-ghastly headspace. Mystery and malignancy have become hallmarks of EUCHARIST, and with Endarkenment, their un-comforting white web of death looms larger than ever.