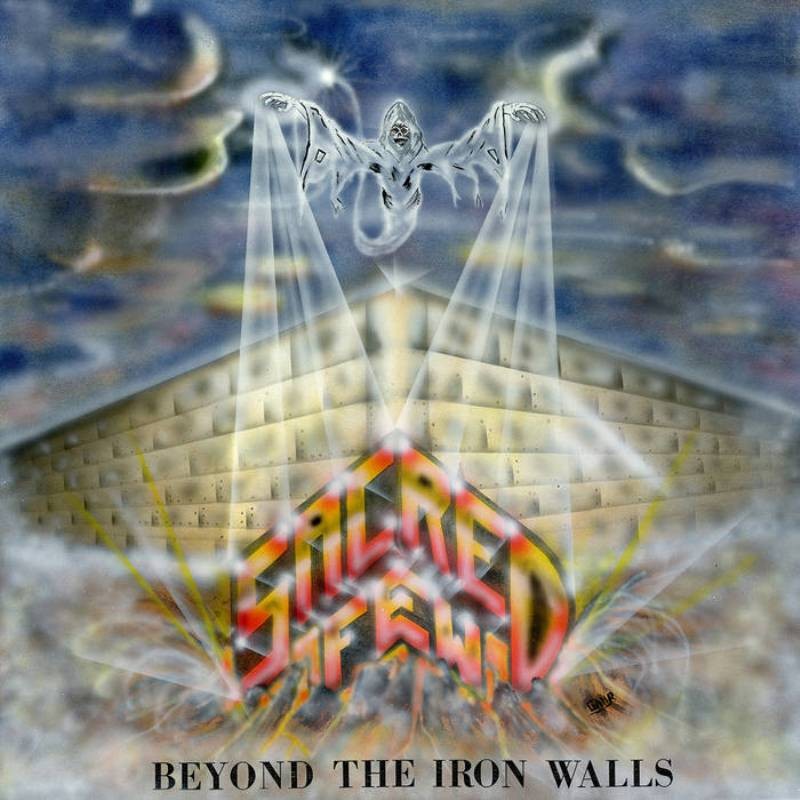 Shadow Kingdom Records would like to introduce SACRED FEW! The first time this band is heard, you’re immediately thinking this sounds like it’s an unearthed piece of metal dinosaur history from the New Wave Of British Heavy Metal, but it’s not. This is one of the rare and early heavy metal bands from USA that didn’t play Thrash Metal. It’s because they put out a single in early ‘83 before their ears heard METALLICA and SLAYER rise up with a new genre of music. This was such a unique time period for early Heavy Metal in the USA and there are rarely any bands that sounded as if they came from the N.W.O.B.H.M. So you can imagine that early Hard Rock feel is drenched throughout their first Single, then later polished on their debut “Beyond the Iron Walls”. This album is a LANDMARK in American Heavy Metal history not only for it’s early nature sound, but also because there were not too many female fronted bands. It would have been nice if the band stayed together for another release before they broke up, but we’ve been fortunate enough to uncover some unreleased material. This package will include everything in their short-lived career. This is about as good as it gets when it comes to the early Heavy Metal sound. There’s so many bands today trying to replicate this sound, but this is authentic / classic stuff.