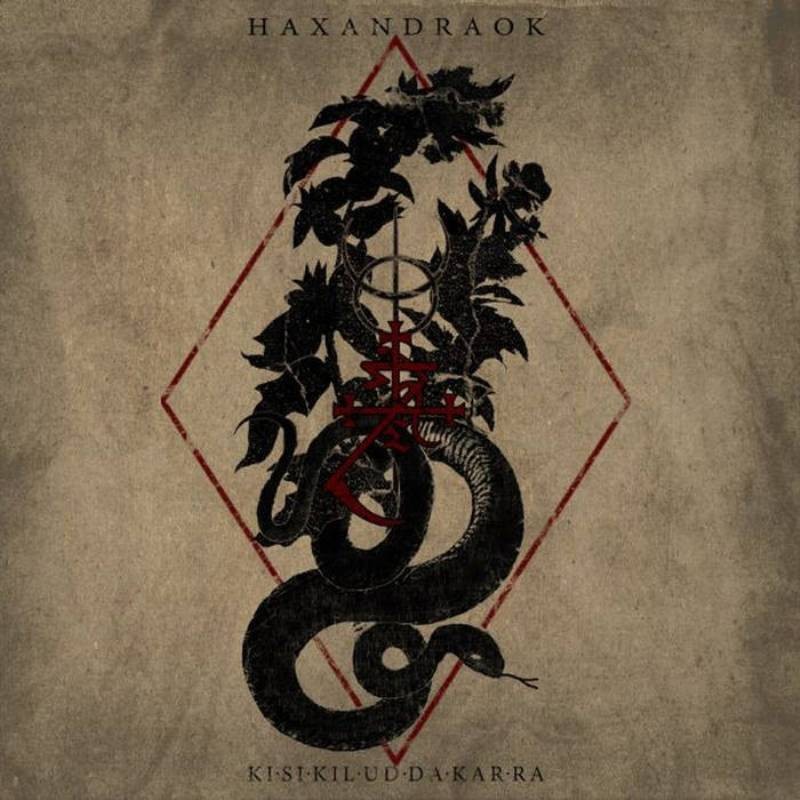 Haxandraok unearth and revive the ancient locus of KI SI KIL UD DA KAR RA, a brazen mantra of Qliphothic Sorcery and primordial Witchcraft. Unto this nemeton to the Other, the Art of Magia Negra becomes a blade, athame and cleaver, reaping the shroud of Corpus Mundi to unveil the crimson mysteries of Hexcraft and Necromancy. Unspeakable primal traditions are generated upon a diverse yet interdependent polarity, the sinister archetypes of the Witch and Warlock, the daemonic Initiators to the Black Arts and twin-bearers of the Key of NOX. Gamaliel forms an infernal coalescence with Chagiel, trembling across time and firmament from the Cernunnian groves to the Chaldean shrines, as the seeds are sown and reapt with flaming sickles. Thus, KSVDKRA becomes the inverted Azure, the torch of Malefica on the crossroad amidst the unmapped seas to the Beyond, the fiery gaze of DRAKON tearing the Worlds apart.