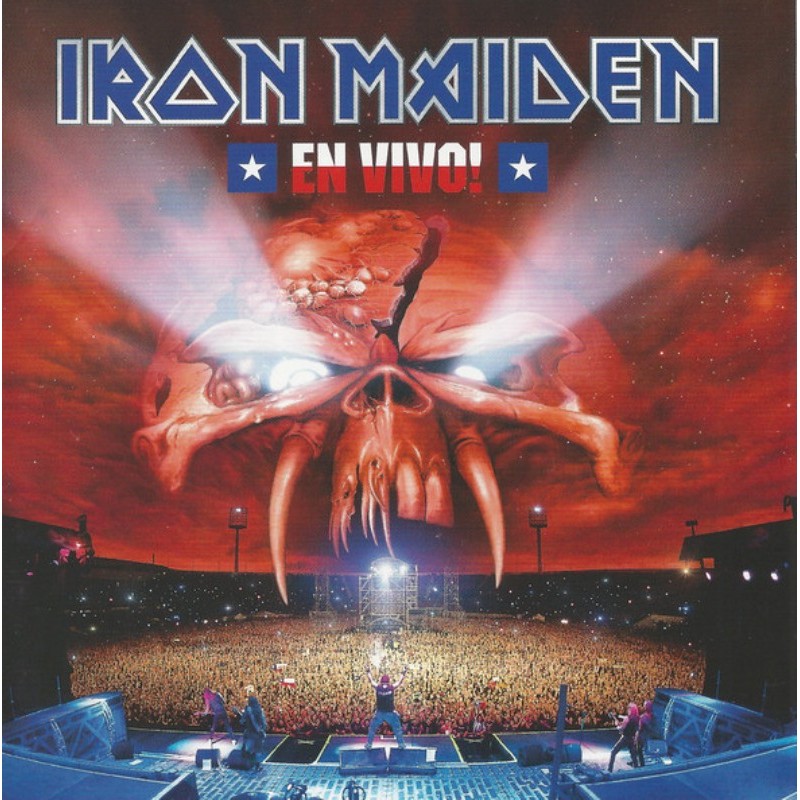 Two CD set. 2012 live release from the British Heavy Metal maestros. En Vivo was taped on April 10, 2011, in front of over 50,000 ecstatic fans at the Estadio Nacional, Santiago, during the Round The World In 66 Days leg of The Final Frontier World Tour, and captures a magnificent performance by the band, ardently embraced by the legendary Latino passion and energy of their Chilean fans. With spectacular stage backdrops, dynamic musicianship and a literally jaw-dropping appearance by Eddie, this live show encapsulates to perfection the heart and soul of Iron Maiden 2011.