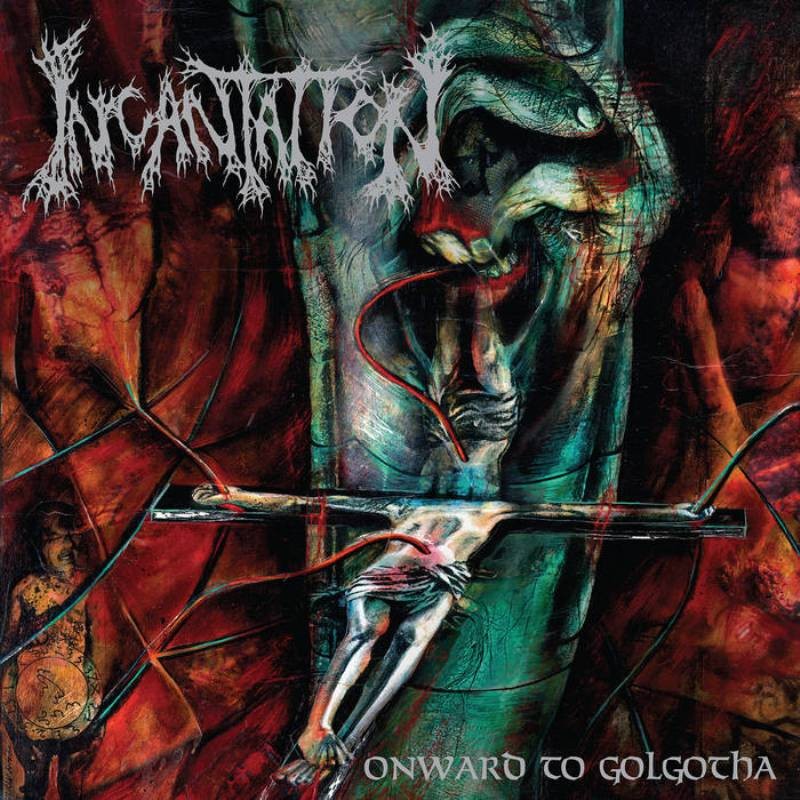 Long heralded as one of the heaviest, sickest, and most uncompromising death metal bands in the world, New Jersey's Incantation has forged a legacy of brutality unmatched by any other American group. In 1992, the bands most celebrated lineup entered a then unknown Trax East Studios with a then unproven engineer Steve Evetts and emerged with Onward to Golgotha, the most dark and blasphemous death metal record to date. The combination of the inhuman growl of vocalist Craig Pillard, the ruthlessly savage aural malevolence, and pitiless anti-Christian attack was the ultimate musical sacrilege. Onward... redefined the bounds of brutality and blasphemy for the entire genre of death metal. This is absolute brutality!!!