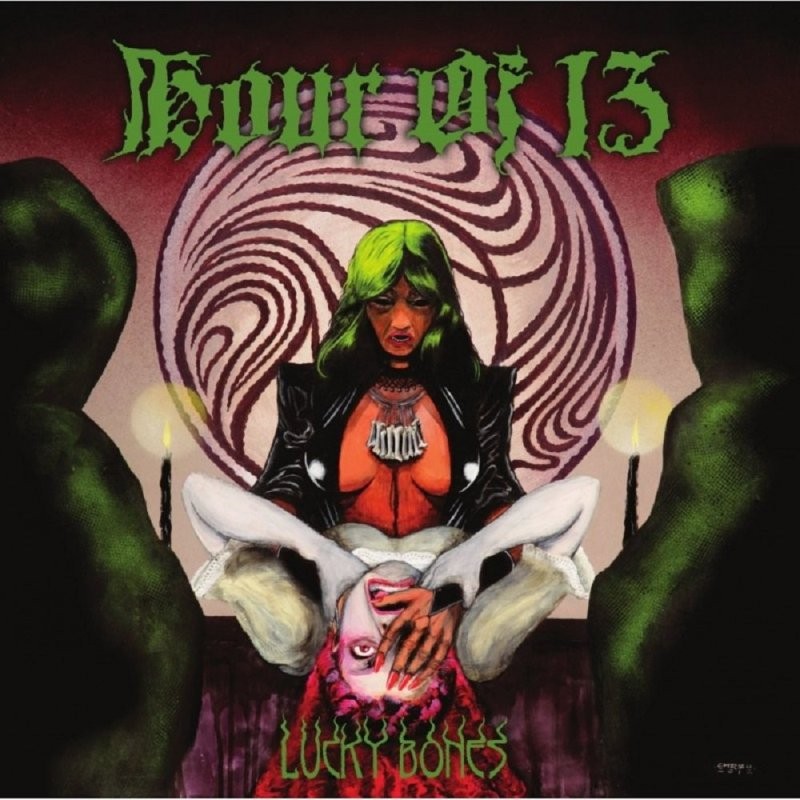 We at Svart are more than excited to present a brand new 12 inch record by one of our favorite bands, Hour of 13! Lucky Bones / Razorrock Tapes is a special double A -sided gatefold LP, and it features lavish artwork by Chrzu, the artist responsible also for the cover of our Pentagram album Live Rites. Lucky Bones is taken off the band's new album 333, and here you can listen to it in the ultimate audiophile format - 45 RPM vinyl. The real treat is on the other side of the platter, however: Razorrock Tapes, a previously unreleased recording, on which the band explore their death rock influences and blast through eight tracks in 16 minutes. All tracks are previously unreleased.