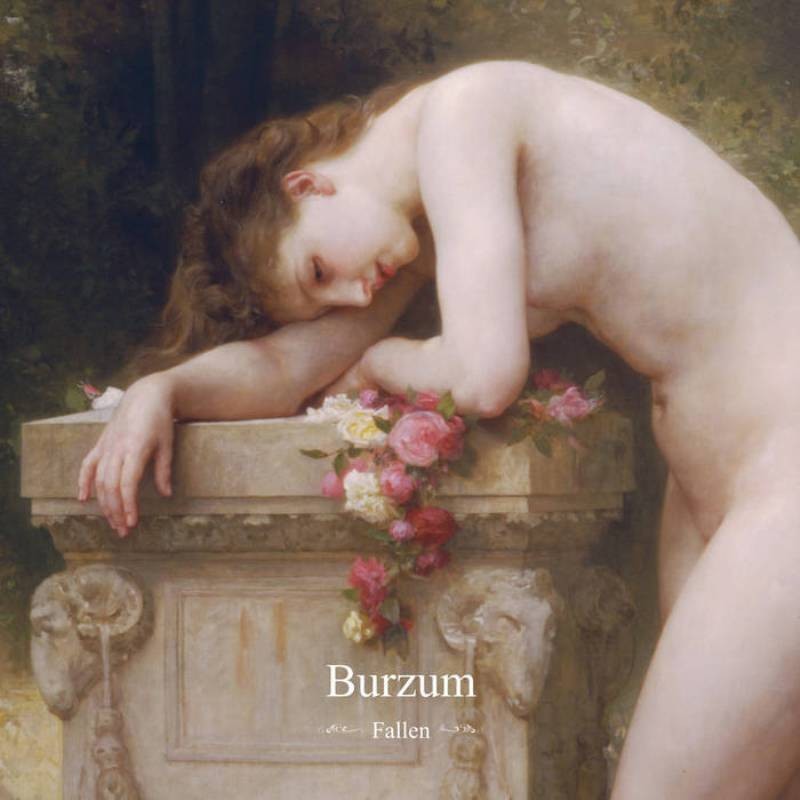 Comes in gatefold cover sleeve, inside jackets are printed with lyrics.

Undoubtedly one of the biggest black metal release of 2011! Fallen is the 9th studio album from Burzum, and follows the highly critically acclaimed 2010 release Belus which put Burzum straight back at the at the top of the chain as of one of the most innovative and creative metal artists of our time. Fallen follows Belus in sound and structure, and can also be compared to the music on the groundbreaking DET SOM ENGANG VAR. Fallen is more dynamic and hard hitting than Belus and has an even bigger sound, but still carries the same trademark melodic melody lines throughout that makes Burzum sound so iconic and unique. Burzum says of the new album and his style of music: "Musically FALLEN is like a cross between BELUS and something new, inspired more by the debut album DET SOM ENGANG VAR than by HVIS LYSET TAR OSS or FILOSOFEM. The sound is more dynamic we mastered the album as if it was classical music and I was more experimental than I was on BELUS in all respects. Lyric wise it is similar to the debut album, in the way that it is more personal and focuses on existential issues, but the mythological undertone known from BELUS is still there. I have also included some ambient tracks a short introduction and a longer conclusion."