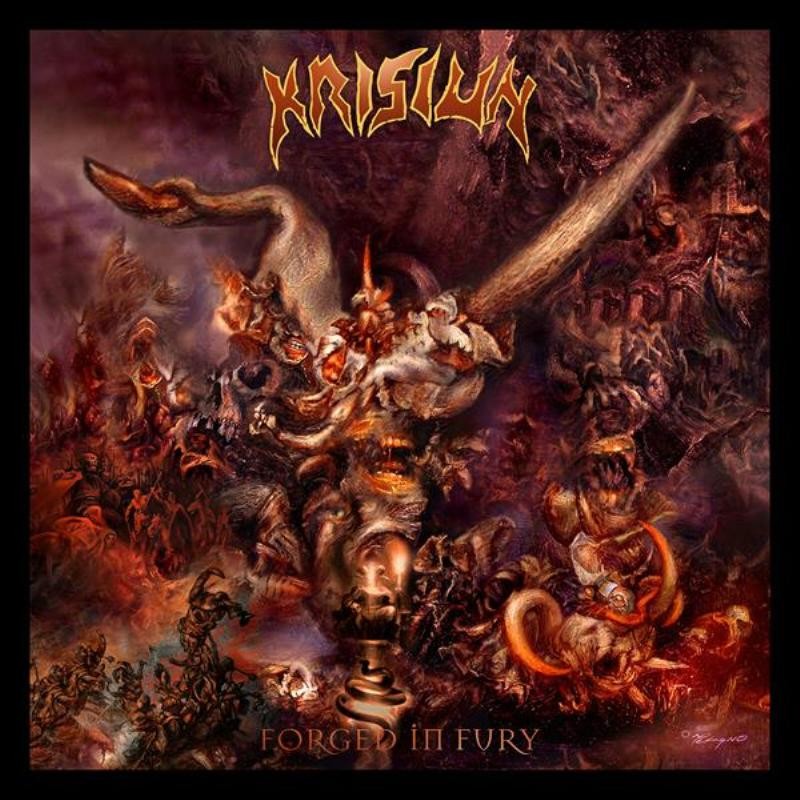 The Gatefold 2LP includes an etching on side D, 180g vinyl and CD as bonus.

The Brazilian death metal brothers KRISIUN finally return with their new album “Forged In Fury”, which sounds even more diverse as its much-lauded predecessor “The Great Execution” (2011). Perfectly produced by Erik Rutan (Hate Eternal / ex Morbid Angel) at the Mana Recording Studios in Florida, expect an organic and massive sounding mixture of blasting brutality and crushing mid-tempo tracks that even remind of none other than countrymates Sepultura in their prime. Featuring stunning cover art by Joe Petagno (Motörhead), the indestructible conquerors of sonic armageddon will not only blow you away during the upcoming tour and festival season but also with this new scorcher!