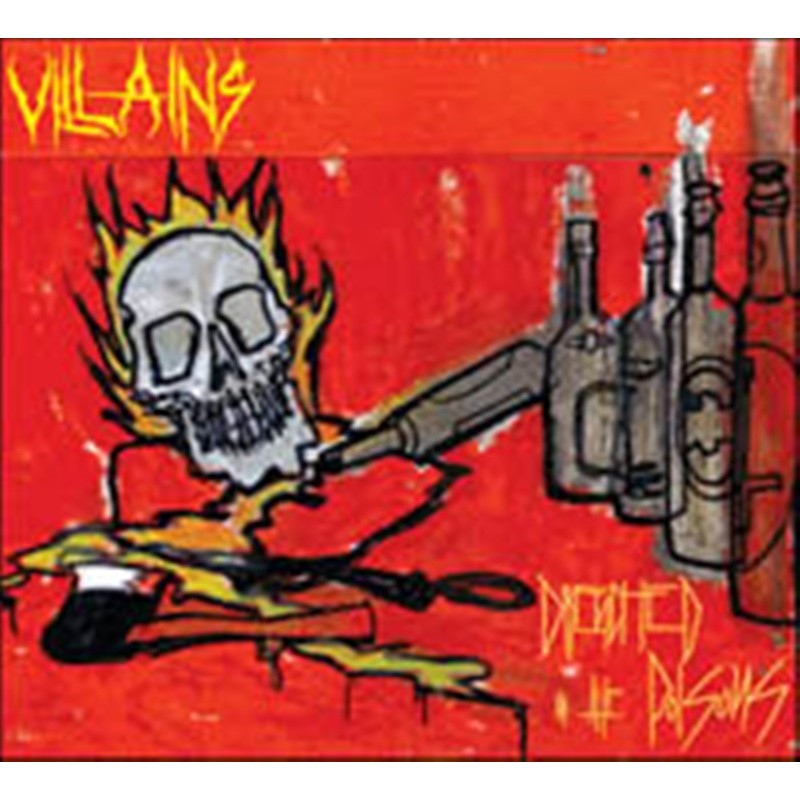 VILLAINS - Drenched In The Poisons LP

From the bowels of New York, Villains spews forth one of the most solid and sinister albums of the year, Drenched in the Poisons.

From the bowels of New York, Villains spews forth one of the most solid and sinister albums of the year, Drenched in the Poisons. In the style of traditional 80s black metal, Villains" debut album combs the depths of alcoholic sin and debauchery. Simple but highly effective song construction combined with masterfully written dark riffs and harsh vocals will ensure that this album is regarded as one of the best new releases of the year.

"From New York "s trash strewn streets comes Villains. Like Florida"s Negative Plane, Villains makes music from the time forgotten: a locus of denim and suds, stashed pints, and schwag bags. It"s not that Drenched in the Poisons was recorded in a vacuum; it"s that the members of Villains have little-to-no regard for acquiescing to the metastasizing white-belted horde frothing for limited releases of "High Metal Art." Where there is no compromise; there is no quarter. "Sickness of Snakes" rolls out of the gate, flicking tongued guitars, snarling vocals, skins and brass as hotwired streetcleaner on a midnight joyride. "Trampled" transliterates Slayer"s "Captor of Sin" for the wee-hour express train crowd. There is no brown bagging. Thick lines of coke and meth are hoover"d up bullish, inflamed nostrils. The vacant, shocked white stares look on as scab-faced whores make ten dollars the hard way, heavy hips creaking and groaning under piss-colored light. Desecrator"s screams are short struggles. Killusion and Teeth divebomb and neigh and roar. Witchwhipper sets percussive waves in motion, coughing up torrents of double-bass bomb, soaring cymbal and snare combinations that slash and rip and gouge. The title track is Villains at full strength, full of Beam, beer, and bud, a miasmatic hormonal monster of thrash hatred. Villains is not policemen; they are the bad guys with the curlicue mustaches. Highest recommendation."