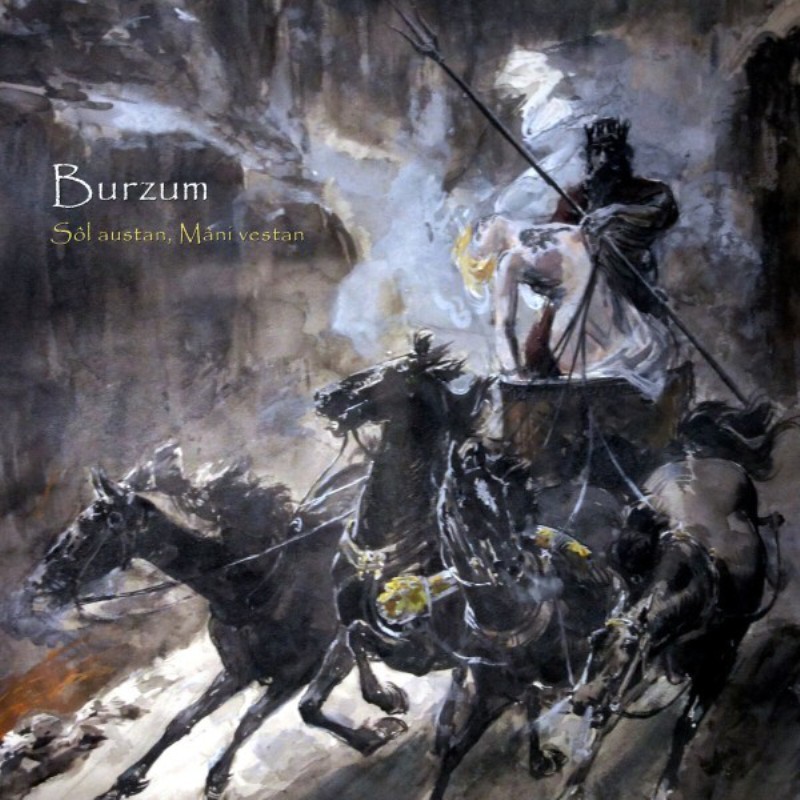 2013 release, the 11th album from the Norwegian Black Metal project led by Varg Vikernes. Sol austan, Mani vestan is inspired by and made for the ForeBears movie by Marie Cachet and Varg Vikernes, where much of the Scaldic music from Sol austan, Mani vestan appears as a soundtrack. Burzum says Sol austan, Mani vestan features almost an hour of instrumental electronic music, that can best be described as relaxing, slow-paced, contemplative and very much original. And of the concept Burzum says; I have still not been able to leave behind the Pagan religious-spiritual concept of a descent into darkness and the following ascend back into the light; the Pagan initiation, the elevation of man to the divine, the enlightenment of the mind, the feeding of the elven light in man.