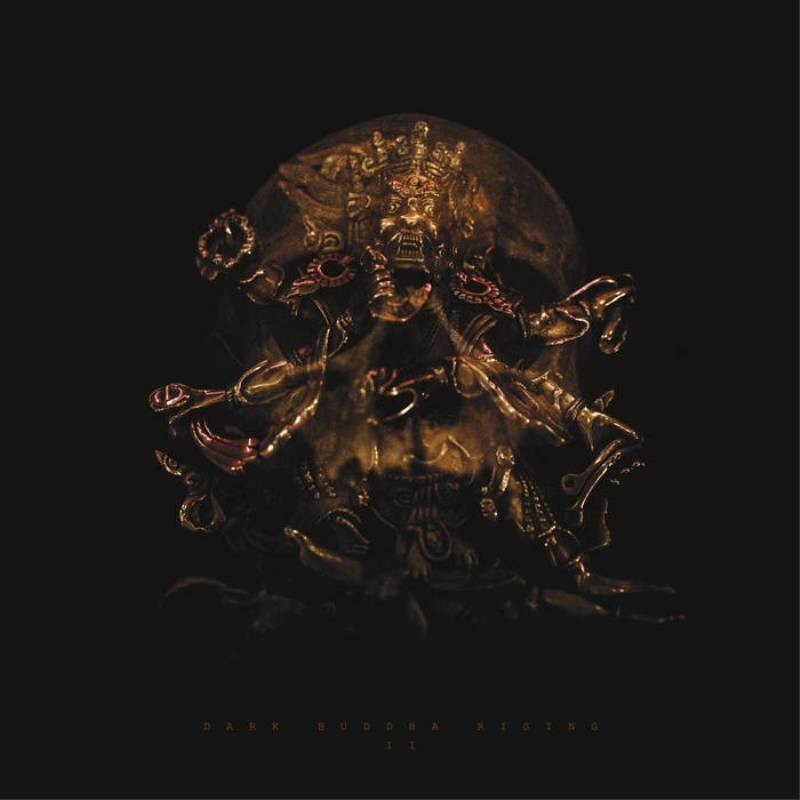 EP is pressed on black standard weight vinyl and packaged in standard jacket with poly sleeve. Includes a digital download code for a download of the entire album.

Prepare your mind, your body, the deepest recesses of your soul: the black gates that Dark Buddha Rising opened a decade ago with I open further in 2018: the band’s II EP, slated for mid-winter release, continues to twist spiritual gyres and follow calls from beyond.

For 10 years, Finnish band Dark Buddha Rising has convened in the now-famous Wastement — set below their home city of Tampere, Finland — to roil in the sounds of the underground, to meet dark spirits, to breathe in time with rhythmic pulses sent from the skies, the stars and the very dirt around them. On its face, the band emits the blackest of psychedelia; deep down, theirs are sounds forged in the blue fires of the ancients — exhalations of gods, goddesses and demons alike.

Of this new offering, V. Ajomo says: “To drain our sonic temple, we wanted to record the new material which was made for 2016 shows in order to proceed towards the unknown with open minds and hearts. After the cleansing, we initiated our chamber with ambient meditation and opened the portals of inspiration for our future work.”

II sees Dark Buddha Rising return to its purest incarnation: a three-piece rhythm section — J.Rämänen on drums, P. Rämänen on bass and V. Ajomo on guitar — and with J. Saarivuori on synths and M. Neuman on main vocals. “We have done a full cycle of the orbit and now is the time for gravitational slingshot towards the new dimensions in sound, deliverance and vision,” Ajomo adds.

It has been two years since Dark Buddha Rising found a home amongst kindred spirits at Neurot Recordings, which released Inversum to wide acclaim — the first album recorded in the band’s Wastement home: “the asylum of eternal feedback.”