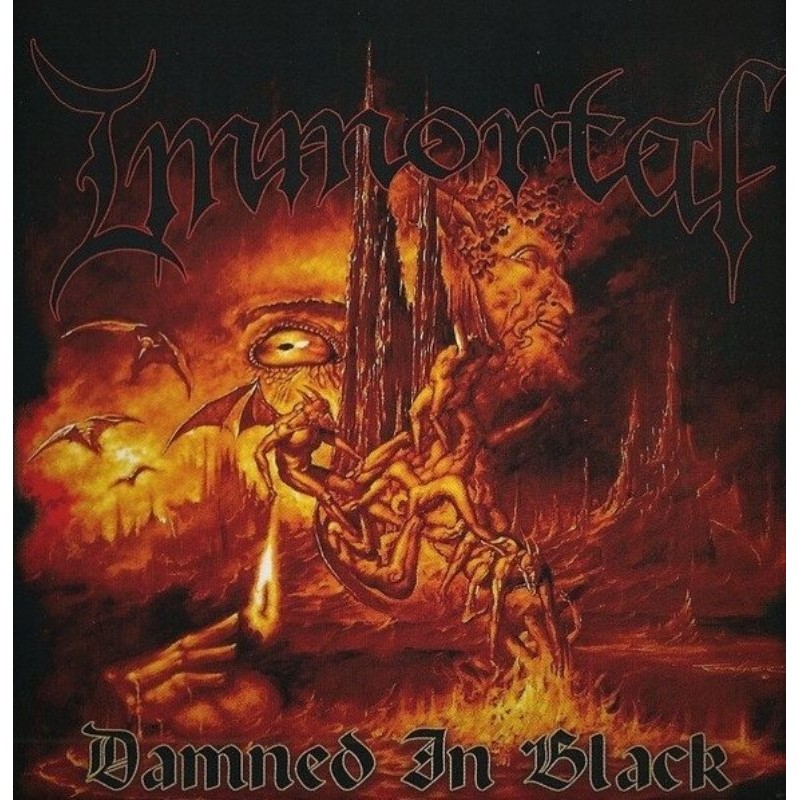 Originally released in the year 2000, IMMORTAL kicked off the new millennium in grand style with Damned in Black. Due to their increasingly hectic touring schedule, the band welcomed bassist Iscariah into the fold fulltime, and Damned in Black marked his first recording with IMMORTAL. Likewise, the album followed the transitional classic At the Heart of Winter, where the band sought a more slowed-down and definitely more epic sound. But “slowed-down” is all relative in the world of IMMORTAL, and Damned in Black brought back much of the band's trademark speed whilst not losing any epicness – and the closing title track is THE definition of EPIC. Reinvestigate this overlooked gem of the IMMORTAL catalog and forever be Damned in Black!