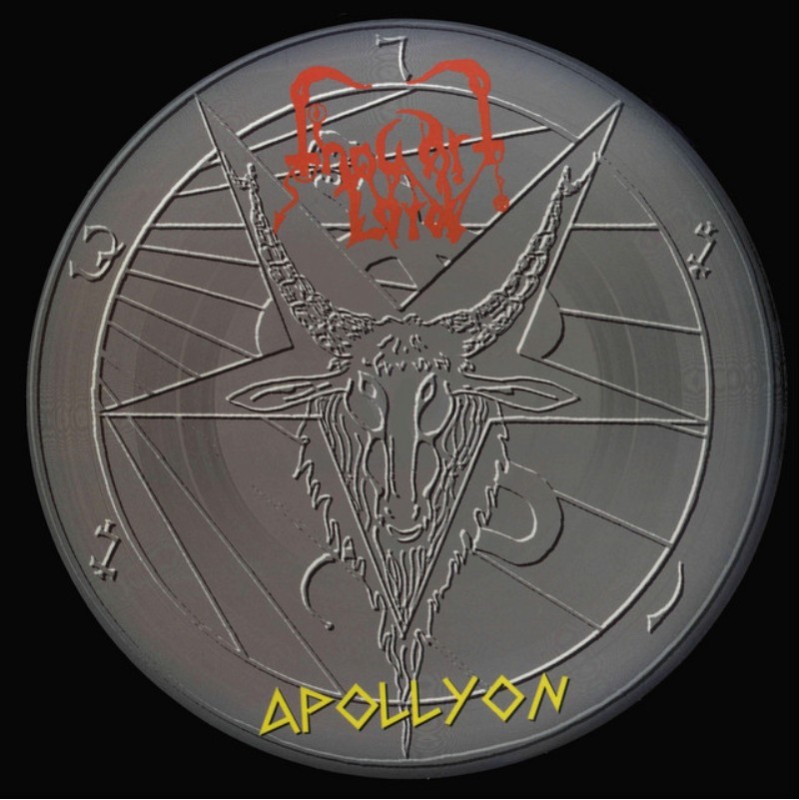 The second studio opus of majestic blackened metal from 1996 featuring members of Rotting Christ and Necromantia.

Thou Art Lord is one of the early influential Greek acts to fly the flag for the much respected and distinguishable Hellenic style of black metal; often raw and chaotic yet also infused with a degree of melody and underlying atmospherics. Comprising primarily of “Necromayhem” - aka Sakis Tolis of black metal gods Rotting Christ - and “Magus Wampyr Daoloth” from the also legendary Necromantia, along with “Gothmog” on vocals, Thou Art Lord first entered the scene with the ‘The Cult of the Horned One’ demo in 1993, showcasing a style of black metal standing proudly among the “second wave” black metal acts of the time, and including influences from their own respective bands.

‘Apollyon’ was Thou Art Lord’s second studio album, and was originally released in 1996. A fine continuation of the groundwork laid on the band’s 1994 debut, ‘Eosforos’, ‘Apollyon’ featured a slightly more refined studio sound, whilst keeping the often chaotic “attack” elements to the compositions alongside more slow and mid-tempo sections. ‘Apollyon’ also featured an injection of thrash metal styled riffing among the black metal, along with the returning keyboard presence, draping sections in an eerie layer of darkness, and including more classically arranged type interludes.

This CD edition of ‘Apollyon’ is presented in jewel case format, including 8 page booklet with lyrics.