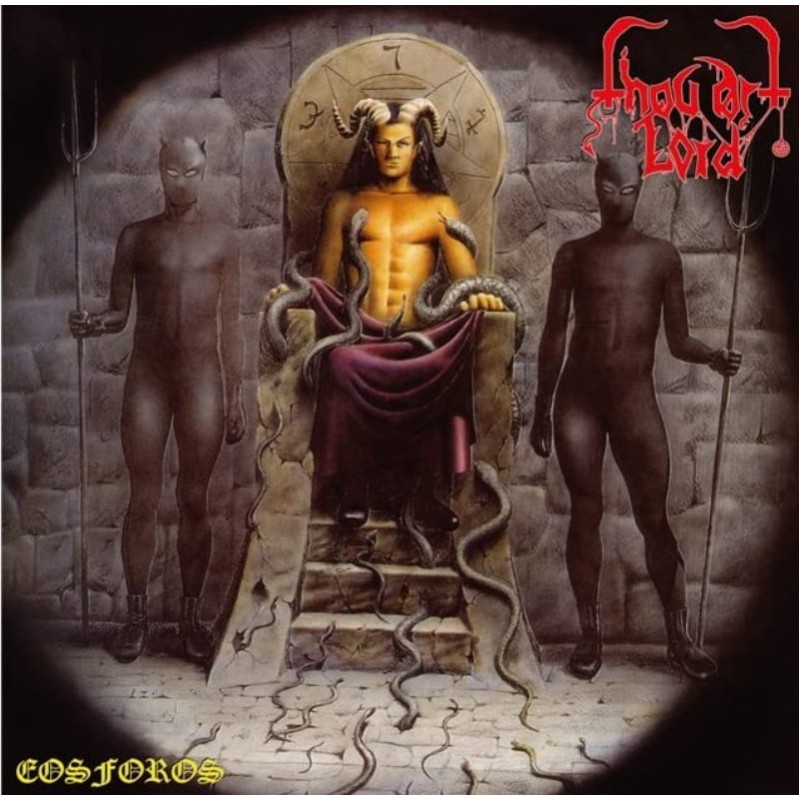 Thou Art Lord is one of the early influential Greek acts to fly the flag for the much respected and distinguishable Hellenic style of black metal; often raw and chaotic yet also infused with a degree of melody and underlying atmospherics. Comprising primarily of “Necromayhem” - aka Sakis Tolis of black metal gods Rotting Christ - and “Magus Wampyr Daoloth” from the also legendary Necromantia, along with “Gothmog” on vocals,, Thou Art Lord first entered the scene with the ‘The Cult of the Horned One’ demo in 1993, showcasing a style of black metal standing proudly among the “second wave” black metal acts of the time, and including influences from their own respective bands.

The demo was followed swiftly in 1994 by the now classic debut album, ‘Eosforos’. A milestone of occult and satanic Hellenic black metal, the album quickly became a cult staple of the underground, revered among other Greek classics of the era such as ‘Thy Mighty Contract’, ‘Crossing the Fiery Path’, and ‘His Majesty at the Swamp’. Among the often primitive attack of guitars, keyboards were also utilised to establish a dark and haunting atmosphere among the extremity. ‘Eosforos’ was recorded at Storm Studio in Spring 1994, and features a guest vocal appearance by Mika Luttinen of Finnish black metal masters Impaled Nazarene.