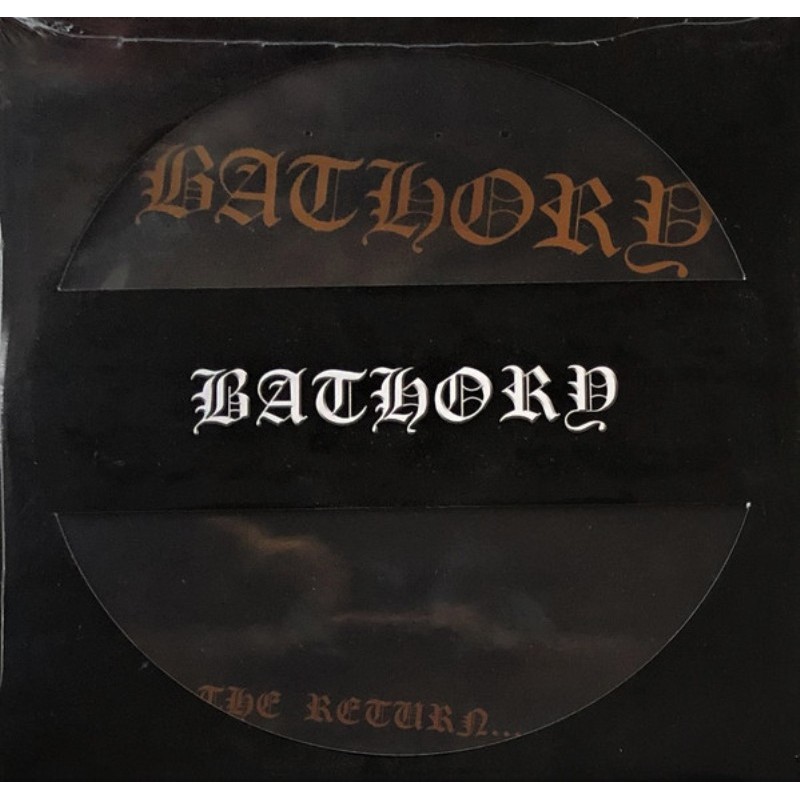 Recorded and mixed in February, 1985, at Elektra Studio, Stockholm, Sweden.  There were a handful of bands that influenced the birth of Scandinavian black metal (frequently referred to as the Second Wave of Black Metal), but few are worshipped as faithfully as Sweden’s Bathory. Formed in 1983 and led (and most instrumentation provided) by Quorthon (Thomas Forsberg), their first four albums laid the groundwork for black metal’s sonic aesthetics: lo-fi production, heavy distortion, trebly and abrasive tone, rapid-fire tempo, and raspy, barking vocals. The Return of Darkness And...captures a dark occult satanic atmosphere in a very rare way. This is dark and evil in a convincing way with Quorthons trademark demonic vocals.

"We wanted people to just read out "The return..." - as in a second album or a follow-up - and then flip the album over to look for a tracking list. Not finding one, what they got was this apocalyptic poem with the song titles woven into it. Only after listening through the album to the end would you get the full title of the album: THE RETURN OF THE DARKNESS AND EVIL."