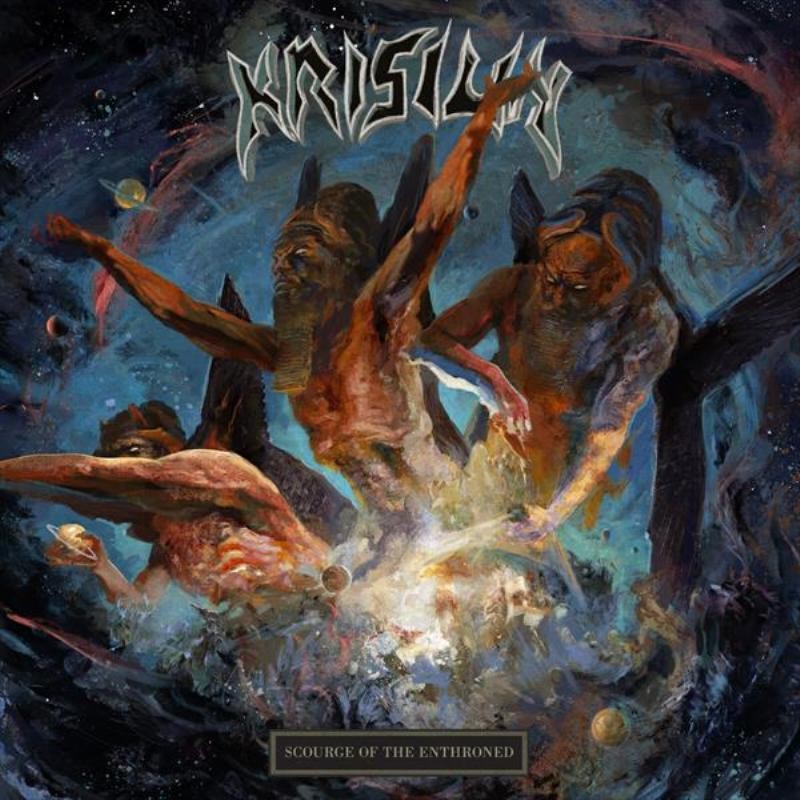 The glorious return of the most savage and devastating death metal trio known to Mankind: Brazilian beasts KRISIUN! “Scourge Of The Enthroned” is the 11th studio album by these three brothers and offers an intense and authentic 38 minutes Southern death metal storm! Recorded with Andy Classen at Stage One Studio in Germany (Belphegor, Legion Of The Damned), “Scourge Of The Enthroned” is the antithesis to sterile, over-produced modern death metal and impresses with a transparent yet incredible organic and natural sound. Featuring artwork created by Eliran Kantor (Testament, Hate Eternal, Sodom), which is conceptually connected to the band anthem ‘Demonic III’ and the ancient deities named Annunaki, who appear in the album’s grand finale ‘Whirlwind Of Immortality’, tracks like the ‘A Thousand Graves’, ‘Devouring Faith’ and ‘Slay The Prophet’ perfectly combine the fury of the band’s early classics “Black Force Domain” and “Conquering Armageddon” with the crushing heaviness of “Southern Storm” and the epic feel of “The Great Execution”. Compared to the fairly technical, at times a tad too long predecessor, “Forged In Fury” (2015), follow-up “Scourge Of The Enthroned” is in a very positive sense old school KRISIUN uniting the wicked riff wizardry of Moyses Kolesne, the impressive bass play and Lemmy-like roar of Alex Camargo as well as the merciless drumming of Max Kolesne in one concise and compact orgy of pure death metal ferocity! A real highlight of the death metal year 2018!