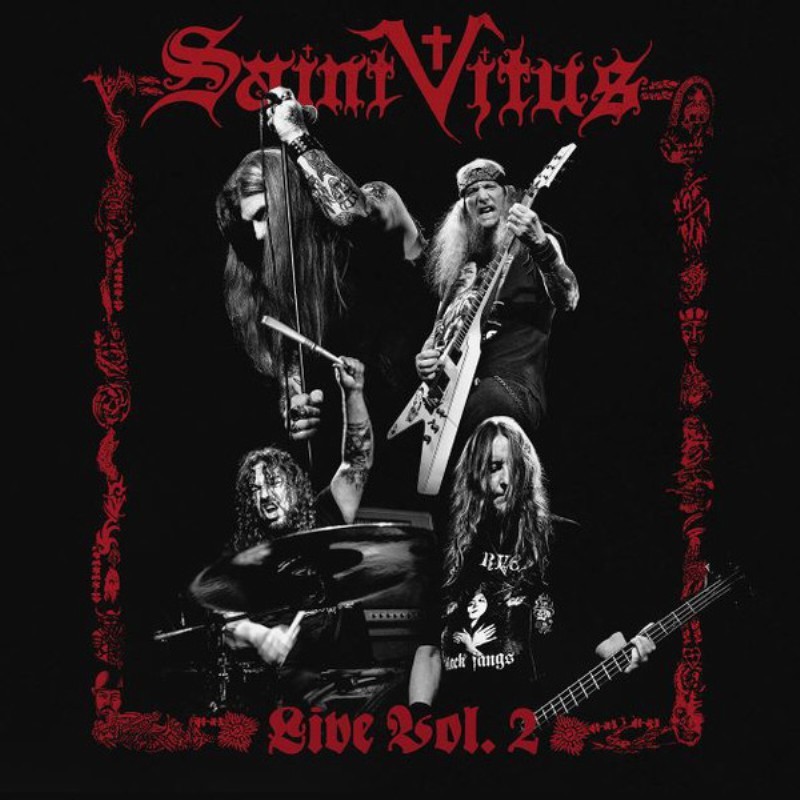 Despite having been around for more than 35 years, the American heavy legends are only now getting ready to release their second official live album after the 1990 seminal 'Live' record. SAINT VITUS taped 'Live Vol. 2' during the tour for their acclaimed comeback album 'Lillie: F-65' (2012) at the Kulturfabrik in Esch-sur-Alzette, Luxembourg on March 19th, 2013. Album and tour marked the return of legendary vocalist Scott "Wino" Weinrich. The undisputed godfathers of American doom metal performed in front of many sold out venues in a triumphant harvest of long overdue laurels. Out of respect for their vintage heritage, SAINT VITUS chose to preserve the raw and pure live sound without cleaning up and patching with overdubs. As a result, 'Live Vol. 2' is a true live document.

Patra (Petra) / The Troll / The Waste Of Time

Dying Inside / Born Too Late