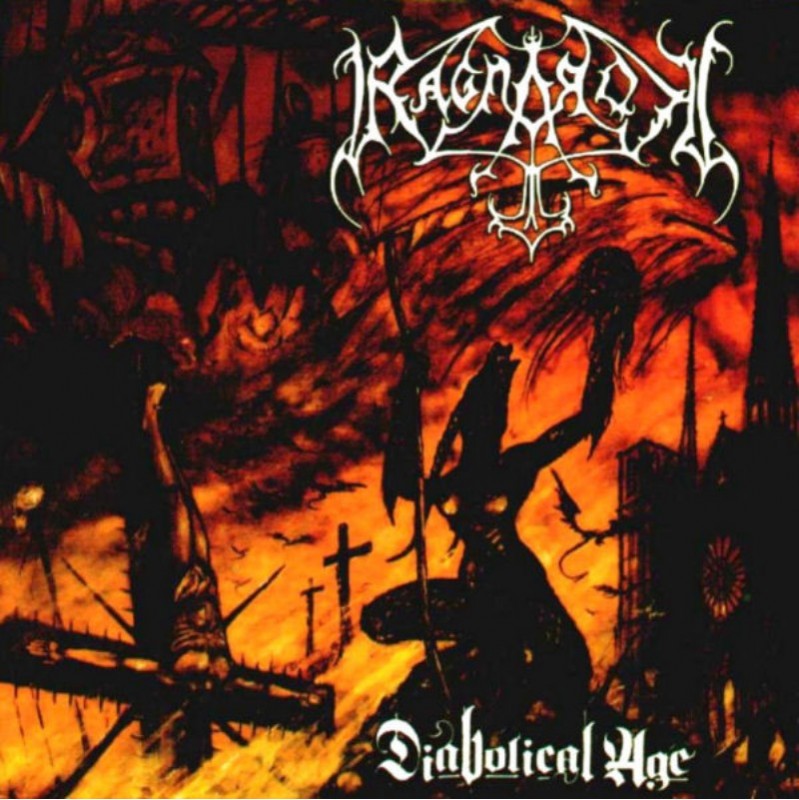 Ragnarok was formed in 1994 in Norway by Jontho (drums) and Jerv (bass), who had just left their previous band Thoth. They were soon joined by Thyme (vocals) and Rym (guitar) and then they recorded their first demo entitled "Pagan Land". In 1995 the band was signed Head Not Found Records. They soon entered the studio and recorded their debut album "Nattferd" which was released same year. They also played their first gig right after the release.

In 1997 they were back in the studio to record their second album "Arising Realm" which featured Shagrath of Dimmu Borgir on keyboard. In 1998 they went on their first international tour played one gig in Denmark and seven in Germany, they also played at "The Hellraiser Festival" in Leipzig, Germany.

At the end of 1998 recordings for the third album "Diabolical Age" began in Endless Studio in Oslo. The following year, during the mixing, Thyme left the band because of other interests. Rym had also come up with new material and thought it would be best with another guitarist so Sander of Shadow Dancers became a member. In 2000 they finally found a replacement for Thyme, his name was Astaroth. Shortly after "Diabolical Age" was finally released and the band then played at "Under the Black Sun Festival" in Germany.