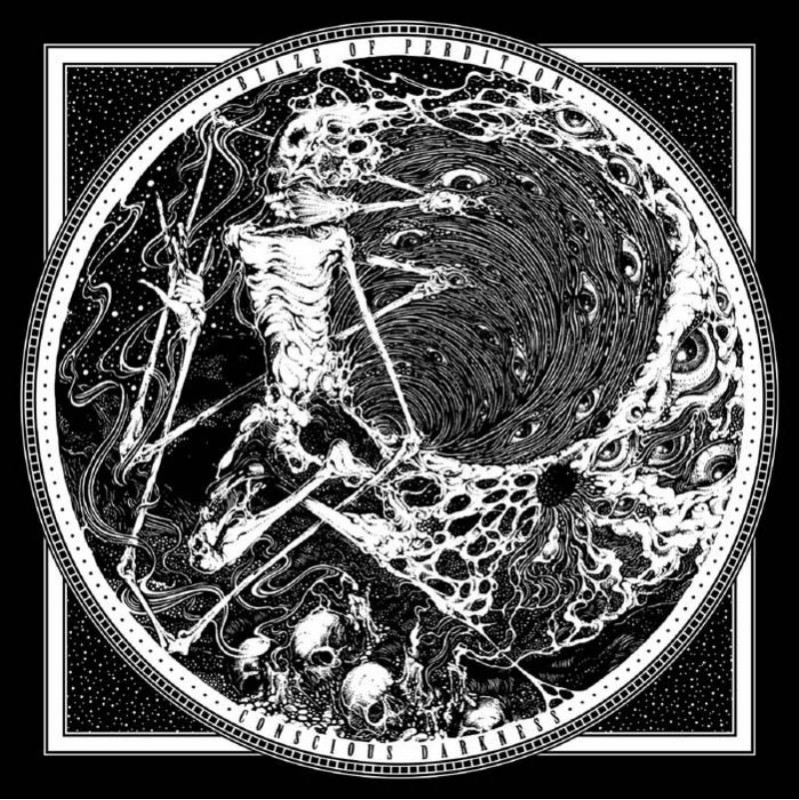 The successor to "Near Death Revelatons" (2015) features four new songs with a playing time of approximately 45 minutes.

Blaze Of Perdition solidified their position as one the most interesting young acts of the genre, over the course of three studio albums. In 2013, a tragic road accident took the life of bassist Ikaroz and left vocalist S. and drummer Vizun severely injured. Through a loss of a friend and a near-death experience, the band found strength to let the feelings deepen into music and record a reflective album, "Near Death Revelations". The group's creative yet methodical approach gave birth to a dark, enigmatic unity, that continues to mature and explore the genre more and more, with "Conscious Darkness" being their latest offering.