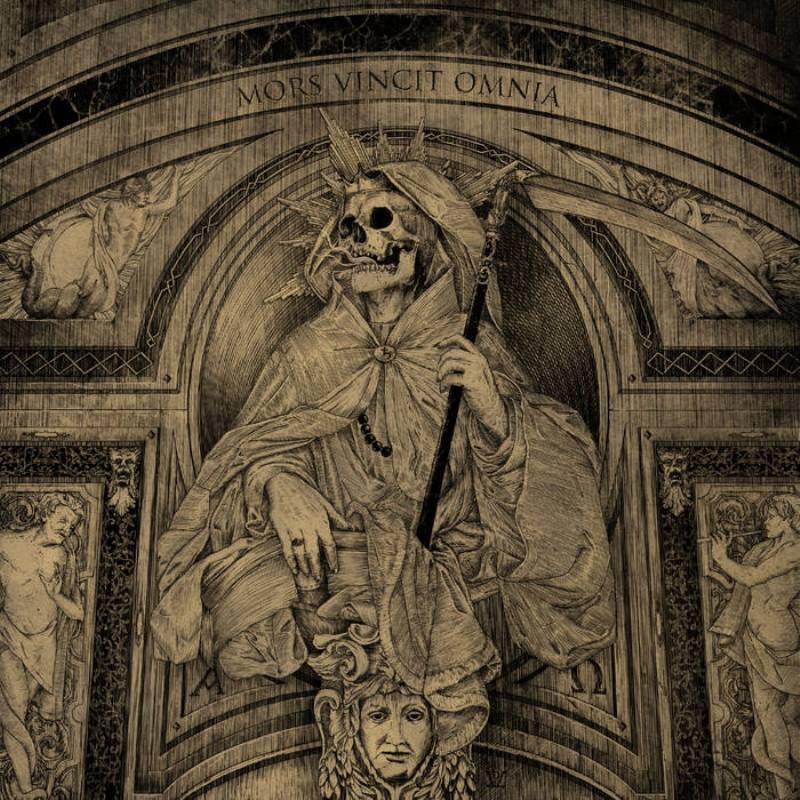 CRIMSON MOON were formed 1994 in the US as the magickal solo Black Metal project of multi-instrumentalist Scorpios Androctonus before relocating to Germany in 1998 and evolving into a full band of menacing distinctiveness.

This newest set of mystical hymns is expertly built from punchy second-wave riffs, cathedral-sized hooks, cosmic synthscapes, organ adornments and ritualistic choral incantations as catchy as they are cryptic.

Driven forward by sterling session drum work from Blastum (AOSOTH, ANTAEUS) and a bass-heavy Hybreed Studios production job which achieves the perfect dynamism between power and ambience, obscure themes are illuminated in a devilish attack of bludgeoningly focused songwriting.

‘Mors Vincit Omnia’ - “In reverence towards the Mortal Omega. Captured in an audial aura of those to embark the vessel of Charon”.