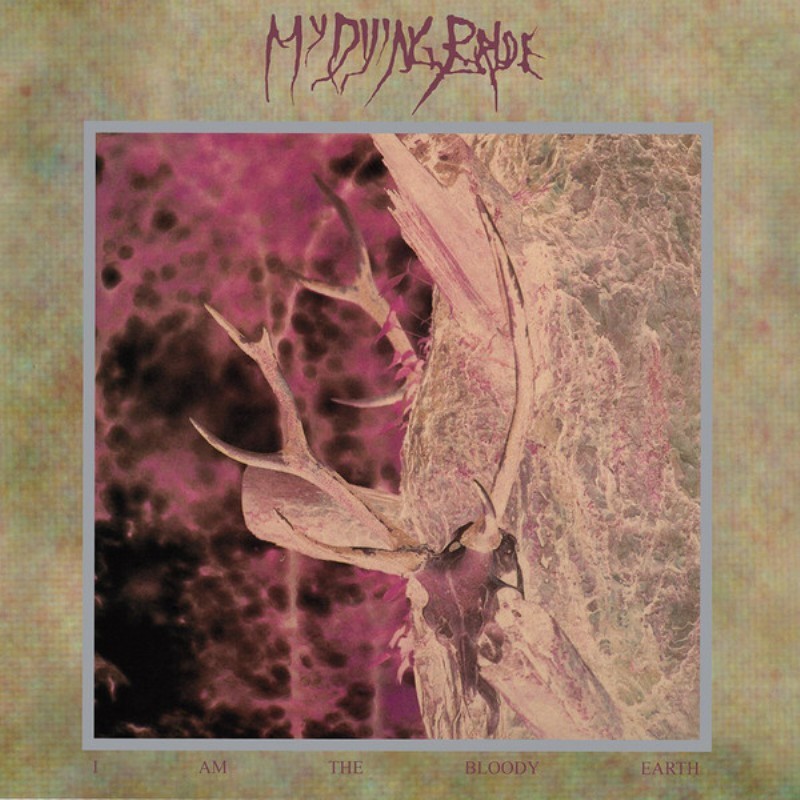 MY DYING BRIDE - I Am The Bloody Earth MLP

I Am The Bloody Earth was the third of the Peaceville EPs from the band, and was later collected together and released as Trinity alongside Symphonaire Infernus... and The Thrash of Naked Limbs. This vinyl release sees the three track EP featured in its entirety, with the title track instantly exuding the same rarefied atmosphere as displayed on the classic albums Turn Loose the Swans and The Angel And the Dark River, and a perfect bridge spanning the 2 revered opuses. The song also notably featured a guest vocal appearance from Ghost of the cult US electronic horror-themed act GGFH. This edition of I Am the Bloody Earth is presented as a 12" EP on 180g heavyweight vinyl and features the original cover artwork.