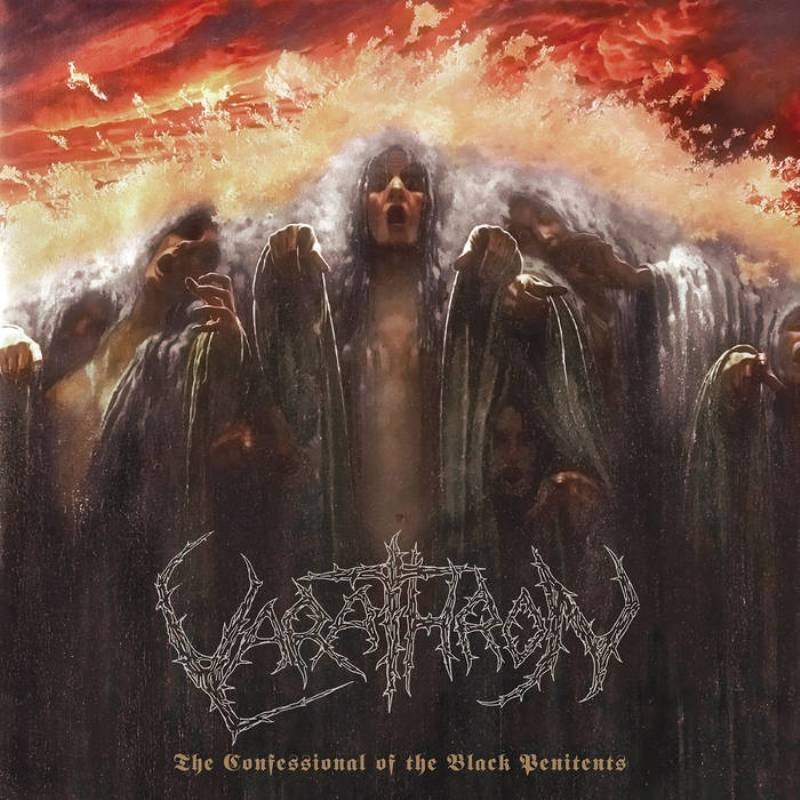 VARATHRON - The Confessional Of The Black Penitents MLP

Gatefold cover with printed lyrics on the inner sleeves.

Placed amongst the forefathers of Hellenic black metal scene, VARATHRON has spawned albums that are celebrated as the cornerstones of Greek metal. Alongside Necromantia and Rotting Christ, with whom the group shared members, VARATHRON's fascination towards early style remains unique and forthright. Since their inception back in 1988, the band's trademark are mid-paced riffs that have a classic, old-school feel strengthened by a progressive view as well as epic atmospheres that only few can match.

The live tracks were recorded in Larisa (Greece) on the 16th of May, 2015 and mastered by Achilleas Kalantzis (guitars). Tracks 2 & 3 have been recorded and mixed at Infinite Loop Music Studio (Greece) and mastered by Tom Kvålsvoll at Strype Audio (1349, Arcturus, Darkthrone, Emperor, Code, Ulver) in Norway.

The front cover artwork and layout include paintings by Carlos Schwabe (July 21, 1866 - 22 January, 1926); a Swiss Symbolist painter and printmaker.