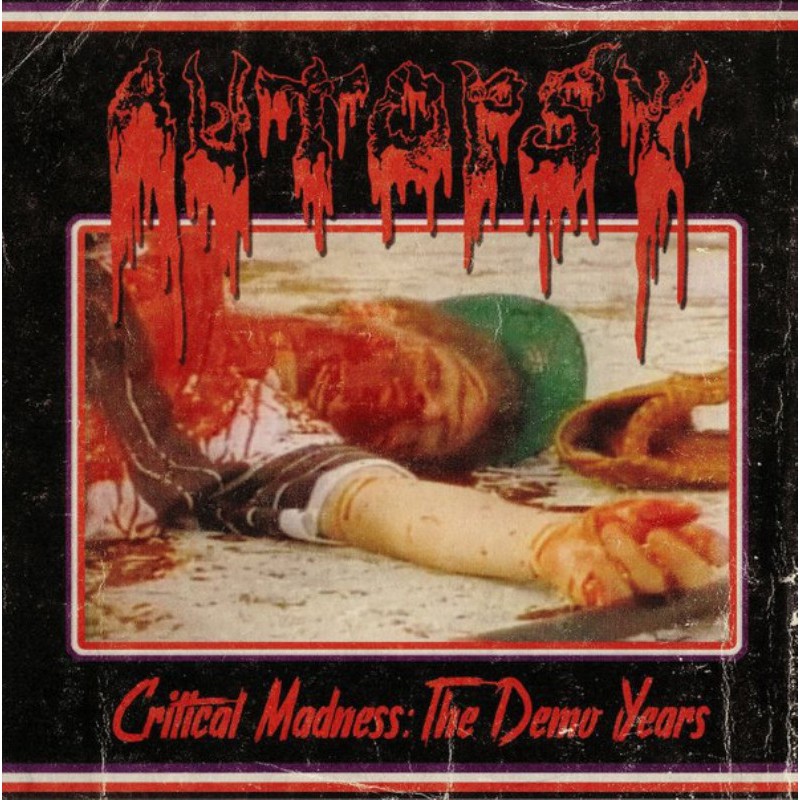 The very earliest works of the kings of sickness, Autopsy!

The very earliest works of the kings of sickness, Autopsy!

Following the band's 30th anniversary, Critical Madness: The Demo Years compiles the earliest recordings by the kings of sickness.

Chronicling the band's formative years, the collection contains Autopsy’s first demo from 1987 as well as 1988’s legendary Critical Madness demo (which quickly resulted in the band inking a deal with Peaceville and the subsequent release of the genre staple debut, 1989’s Severed Survival).

This special archive release is completed by the rare track Christ Denied and a selection of raw rehearsal recordings from 1987 and 1988, most of which would later feature on the band’s studio debut.