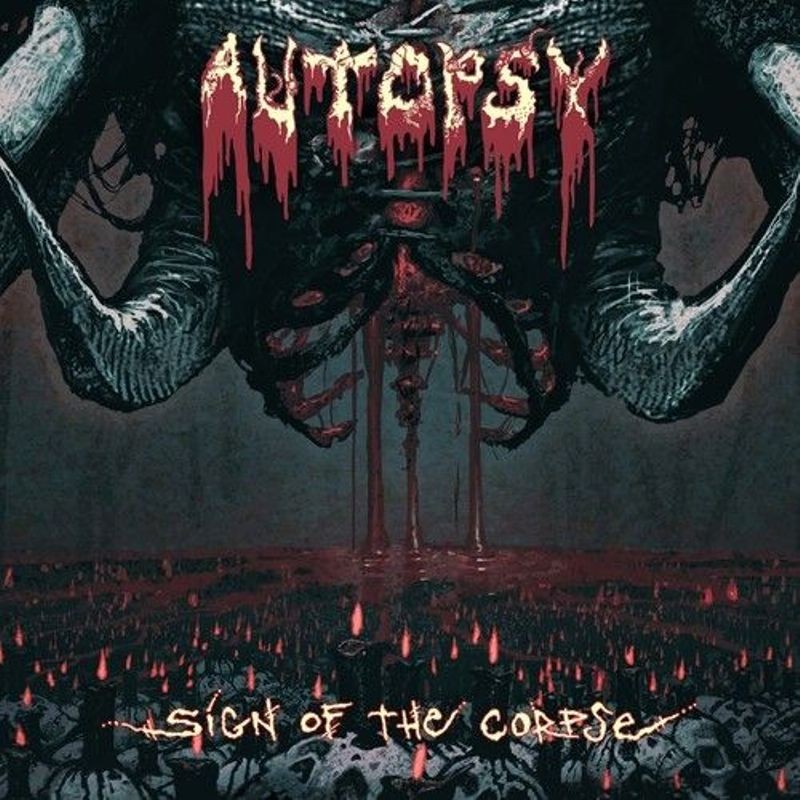 ‘Sign of the Corpse’ contains Autopsy’s original studio tracks recorded for the ‘All Tomorrow’s Funerals’ collection in 2012. Hot on the heels of their triumphant comeback opus ‘Macabre Eternal’, Autopsy continued where they left off with a set of gore-soaked ditties to strangulate the senses with their highly influential brand of death metal. The release also contains a re-recorded version of early Autopsy classic, ‘Mauled to Death’. Also included on ‘Sign of the Corpse’ are the 2 tracks from the ‘Horrific Obsession’ 7” release in 2009 which contained Autopsy’s first studio output in 15 years, originally recorded to celebrate the 20th anniversary of the band’s debut. All tracks were recorded at Fantasy Studio, CA with Adam Munoz. One of the early breed of US death metal acts, Autopsy formed in 1987 in San Francisco, & originally released 4 albums on Peaceville Records - beginning with the classic debut 'Severed Survival' in 1989 - before disbanding in 1995, with members going on to form Abscess.

Autopsy triumphantly & officially returned from the grave after a 15 year hiatus in 2010, with the original trio of Chris Reifert, Danny Coralles & Eric Cutler joined by Joe Trevisano of Abscess/Von fame on bass.