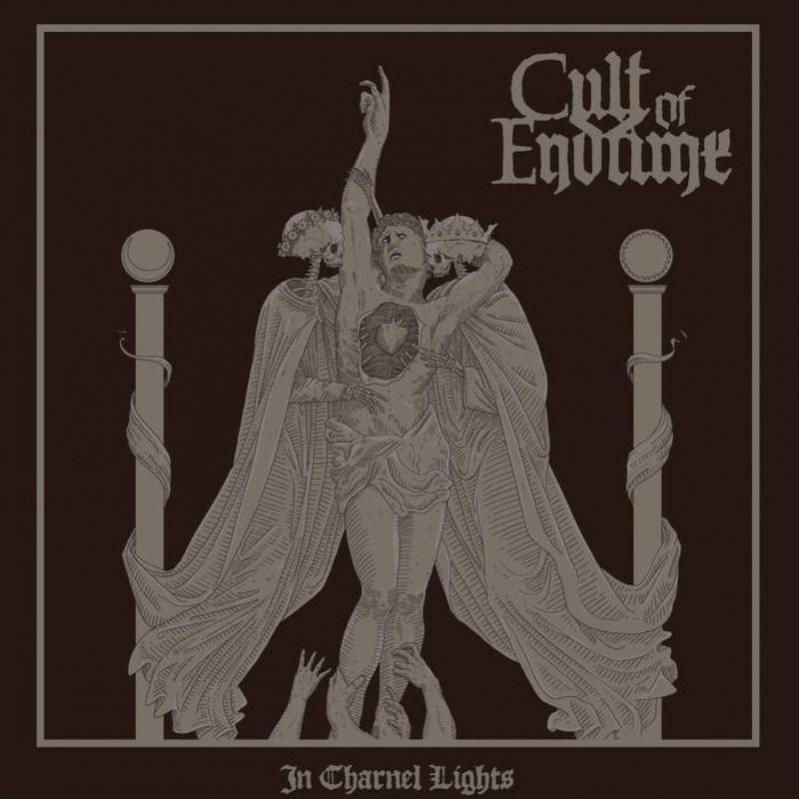 Cult of Endtime is a five-headed cadaver from Finland, reanimated with the blackest of magick and possessed to play vintage death metal.

Cult of Endtime is a five-headed cadaver from Finland, reanimated with the blackest of magick and possessed to play vintage death metal. The beast has roamed the barren wastelands of eastern Finland since 2010 and has now been successfully on tape. The resulting album has been christened In Charnel Lights, and Finnish label Svart Records has been given the daunting task to unleash the work to the world on May 29th.

In Charnel Lights sounds like something one would see circulating in the tape trading circles of the early 90s, played back by long haired teenagers at high volumes on beaten ghettoblasters. The same black blood that gave birth to the best of early Scandinavian death metal flows in Cult of Endtime’s ruptured veins.

Recorded and mixed by the band’s guitarist and mastered at Orgone Studios, London, the album takes what was an exceptionally promising demo band to wholly new levels. Ranging from more melodic doomy parts to breakneck riffery, from the muddy, fuzzy walls of guitars to demonic growls also known as vocals, Cult of Endtime are here not to reinvent things but to reinforce and refine them.