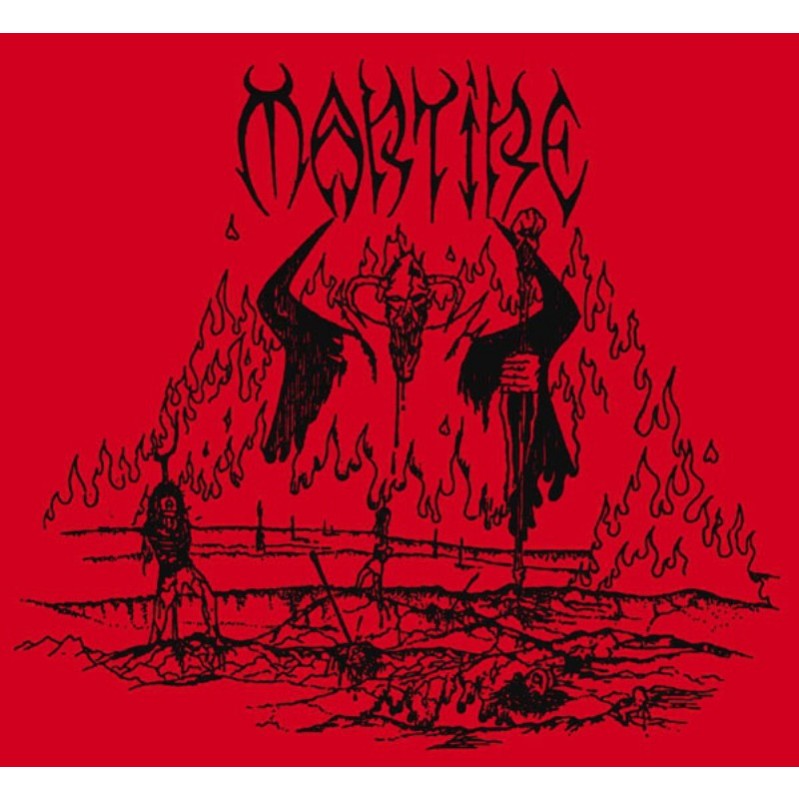 Regular version on 180 gram black vinyl in a gatefold jacket. Includes a poster.

Few debut albums conjure the sort of rabid anticipation that has developed around Martire’s “Brutal Legions of the Apocalypse.” Until now, this album seemed to be one of those legendary recordings that would remain forever buried. Although recorded years ago, this album sounds every bit as unique as fans of Martire would expect. Indeed, listening to this record now it sounds as if, by delaying this release for so many years, Martire were simply giving the rest of the scene a chance to catch up. And, yet, “Brutal Legions of the Apocalypse” demonstrates that Martire are still far ahead of their peers. This is a disorienting album in the best way possible. Martire routinely employ unconventional time signatures and constantly engage in dizzying start/stop exercises. For many, primitive bestiality and technical virtuosity represent the opposite ends of a spectrum. Martire, however, reconcile these two extremes to tremendous effect. Martire’s exhibition of technical prowess should not surprise anyone who is familiar with the other bands with which the members of Martire are involved. (These include Tzun Tzu, Cauldron Black Ram, StarGazer, and Mournful Congregation to name but a few.) Martire adeptly apply this technical skill in the service of soul crushing savagery. The bestial veneer that adorns much of Australia’s output is thickly applied to this recording without obscuring any of the music’s complexity. Conversely, unlike so many “technical” bands, the fervor of Martire’s attack is never diluted by pointless showmanship. The elements of Martire’s sound work in tandem. The production may be the key to Martire’s music and to the degree that the delay in the release of this record was due to the band’s efforts to ensure perfect production, it seems that their efforts have paid off. All of the instruments are sufficiently separated in the mix so that nothing is obscured. The guitars are wisely left just below the surface of the percussive rumble of the drums and the vocals are loud enough to augment the ferocity of the music. Considering the strength of Martire’s catalog, it must have been daunting for the band to take up the task of recording a full-length album that could live up to the promise of their earlier releases, but “Brutal Legions of the Apocalypse” meets and surpasses any and all expectations that one could have developed in the many years since Martire’s last emanation.