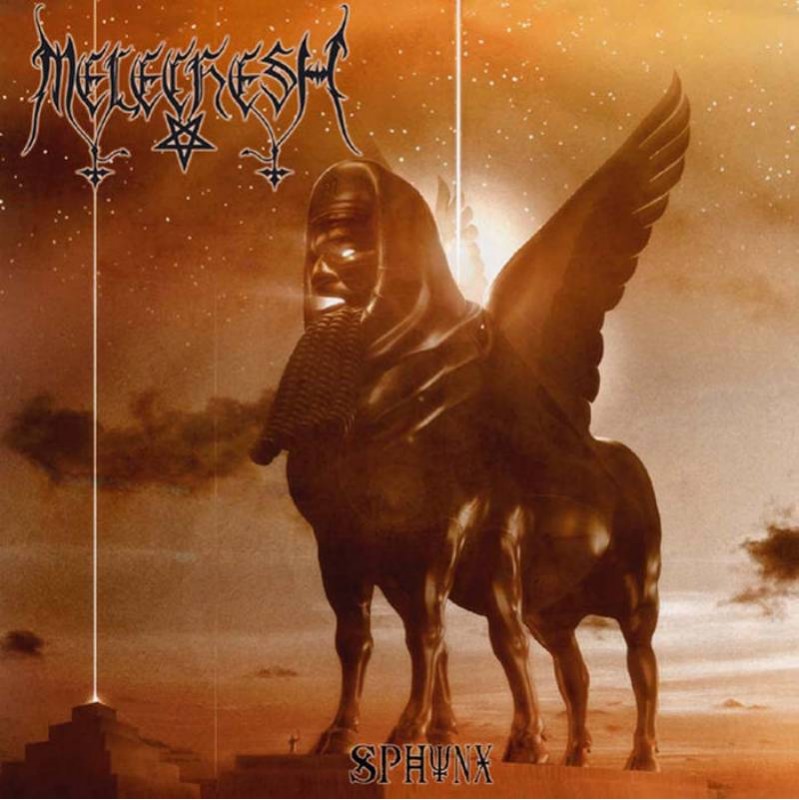 For over 25 years now, MELECHESH have been crafting a singular sound that encompasses black metal, death metal, and most uniquely, Middle Eastern folk music. That they were Israel's most known black metal export is only part of the MELECHESH story, for that story would mean nothing if there weren't classic albums to back it up. Of them, the band's three-album run on OSMOSE in the early/mid 2000s – Djinn, Sphynx, and Emissaries – is widely considered to be the band's best work.

Originally released in 2003, Sphynx saw MELECHESH settling deeply into an undeniable groove that began with 2001's Djinn, their first album to feature ABSU frontman Proscriptor on the drum stool.

His performance on that record was feverish and locked-in, suitable for the manically hypnotic songwriting the band were so effortlessly creating. Sphynx, by comparison, is the yang to Djinn's ying; while by no means laidback, the album weaves its equally hypnotic spell through more relaxed tempos and a more overt heavy metal aspect.

As such, MELECHESH here exude a swagger that's simply intoxicating. Drink again – or for the first time – from the bottomless well of Sphynx!