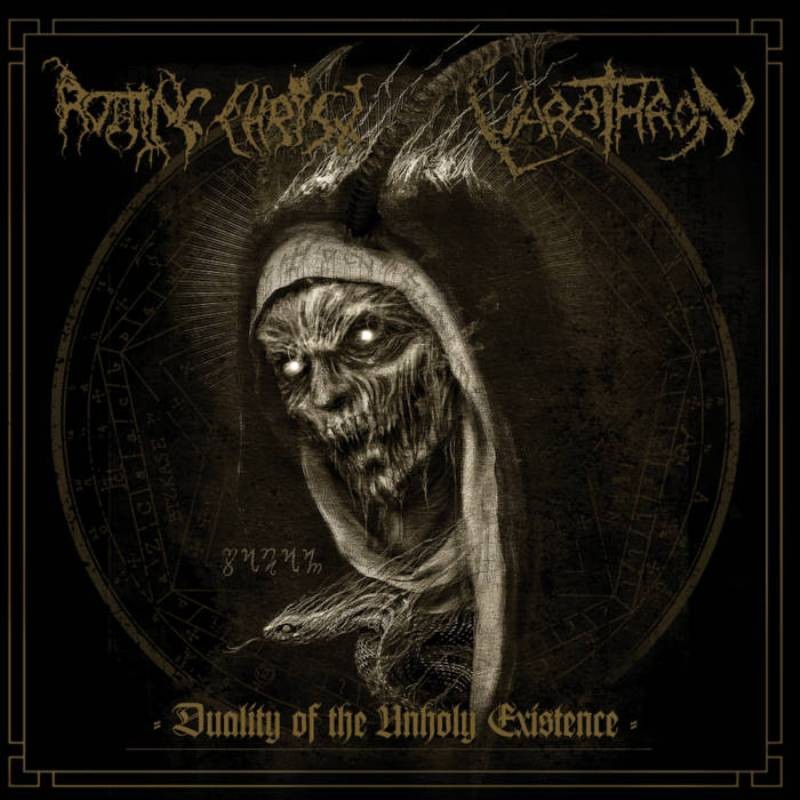 This split 7" Ep has been released for a total of 999 copies worldwide:

Gatefold cover with printed credits on the inner pages.

A truly momentous occasion, this is the first time ever that the two most legendary names in Greek black metal have been brought together for a split release. Further spreading the grandiose spirit of ancient Hellenic times, here you will find an exclusive track from each band, recorded specifically for this split. Neither band should need any introduction: since the late '80s, both bands have been flying the banner for Greek black metal - a sound long since earmarked as one of the most distinctive in the international scene, thanks to both ROTTING CHRIST and VARATHRON - and have built up vast, uniformly high-quality catalogs that have cemented both in the annals of heavy metal legendry. On this split, you will find two immediately mesmerizing tracks, each characteristically their own and each as timeless as they are modern - simply, both bands are as strong now as they were during their pioneering early '90s days. HELLS HEADBANGERS is proud to keep the past alive, and support true independence that endures today!