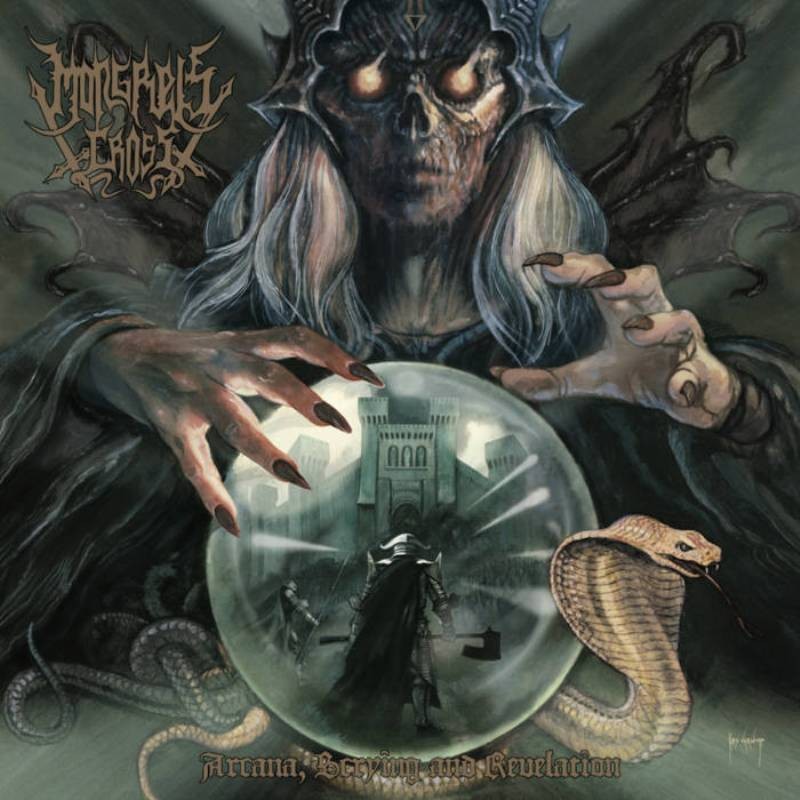 Hailing from the extreme metal hotbed of Australia, MONGREL'S CROSS were once of the best-kept secrets Down Under. The band's debut album, The Sins of Aquarius, was released in 2012 via HELLS HEADBANGERS, and presented an unselfconsciously unique twist on paradigmatic Oz black/death. Grimily gratifying, MONGREL'S CROSS unleashed a widescreen span of filthy thrashing, down-tempo war-marches, and epic metal grandeur alike, and diehards dutifully took note. Unfortunately, lineup struggles would hamper momentum, and it would take six long years before another recording reared its head.

However, when MONGREL'S CROSS at last emerged from their hiatus, now pared down to a duo, the dividends paid off handsomely. Released in 2018 to widespread international acclaim, Psalter of the Royal Dragon Court soon became something of a modern classic to any and all who heard it. MONGREL'S CROSS didn't so much as change during the interim as simply intensify and fine-tune their iron-fisted attack, here conveying an altogether more terrifying and triumphant aspect. It was the age-old axis of form meeting content, and rarely had a metal record this cleanly produced sounded so threatening, which simply underlined the powerful panache to the band's strong songwriting. MONGREL'S CROSS had truly arrived with Psalter of the Royal Dragon Court - and thankfully, people were now paying attention.

Keeping that shit-hot momentum going, MONGREL'S CROSS scored quite the coup in acquiring the legendary vocal skills of Absu's incomparable Proscriptor for their third full-length. Bearing the appropriately magickal title of Arcana, Scrying and Revelation, these Aussie hooligans-turned-heroes are set to deliver yet another decisive and undeniable album. MONGREL'S CROSS are on the march, ready to take the throne that's rightfully theirs.

If its no-less-considerable predecessor saw MONGREL'S CROSS step deeper into territory that's entirely their own, here with Arcana, Scrying and Revelation do the bolstered quartet solidify that rarefied ground. Not for them the over-generalization of "Australia = war metal" nor the simplistic connotations associated with such; still peaking at the height of their compositional powers, MONGREL'S CROSS remain a great extreme METAL entity. All the drama and danger, legendry and lawlessness, power and poison, and essential OTT abandon of this artform otherwise known as heavy metal - everything that Psalter of the Royal Dragon Court so effortlessly played out with a palpably physical poetry - here on Arcana do they render in more manic and narrative form, no doubt informed by Proscriptor's pioneering work with the singular Absu. In fact, it's a match so perfect (and poignant), it's a small wonder it never happened sooner... Regardless, each of these seven screeds artfully canvasses a wide territory of heavy metal magick - the playing deft and nuanced, the songwriting itself direct yet richly detailed - and once again does the clean 'n' gleaming production fit like a gauntlet lined with velvet. In a word, Arcana is EPIC, in every sense.