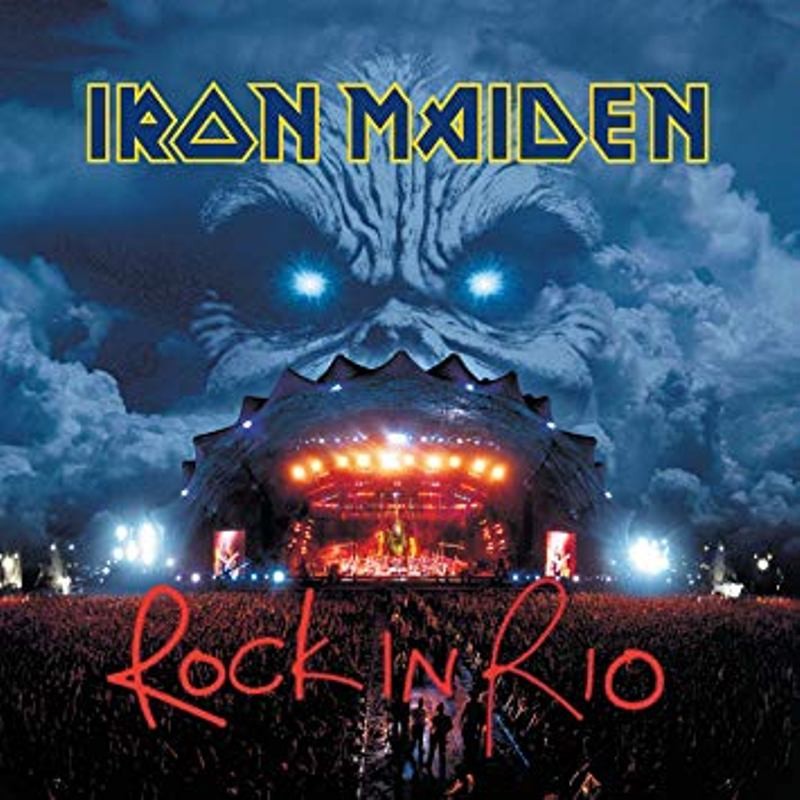 Recorded during Iron Maiden's headlining 2001 performance at the Rio Rock Festival, this double CD finds the legendary metal outfit in fearsome form. Revitalized thanks to the return of original singer Bruce Dickinson for 2000's Brave New World, the one-time East London bar band clearly relishes tearing through old and choice new songs in front of 250,000 people--the biggest crowd they'd ever seen. This is traditional metal at its squealing, pummeling best. Established classics like "Wrathchild" and "Two Minutes to Midnight" reemphasize all that is unashamedly great about proper heavy metal, including the rock-solid riffing, the brick-outhouse rhythms, and the outrageous solos. The early 1980s hits "Number of the Beast" and "Run to the Hills" prove that Iron Maiden can deliver a sing-along chorus that will rattle around the inside of your skull for hours, if not days. What really makes Rock in Rio, though, is the near studio-quality production and the rabid reaction of the South American throng, who do their best to drown out the band. Here is proof, if any is needed, that Dickinson and company are up there with the rock greats.