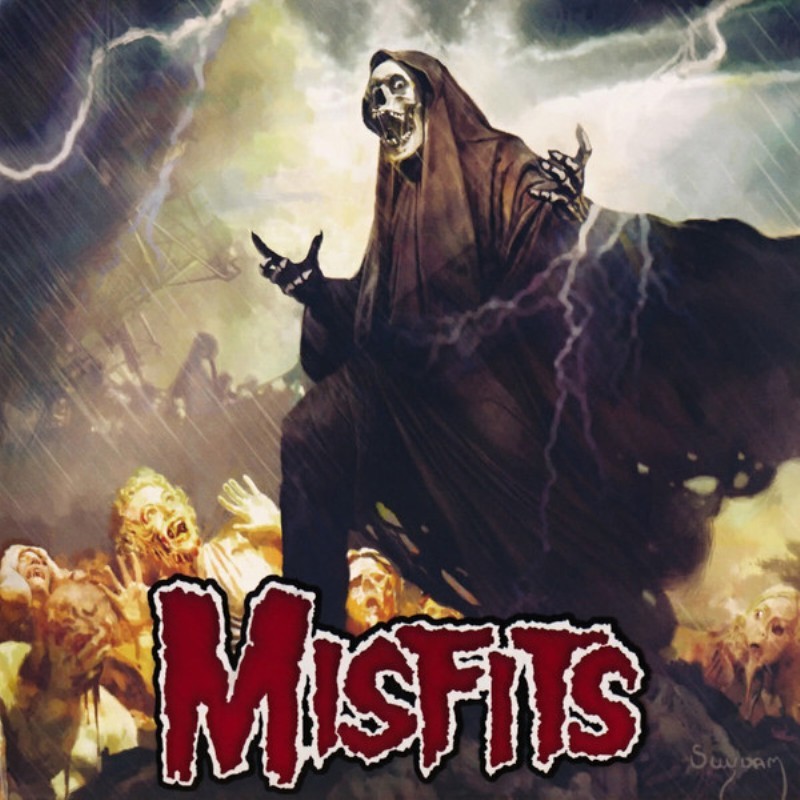 2011 album from the Goth punks, their first full-length release of all-new, original material in nearly a decade.

2011 album from the Goth punks, their first full-length release of all-new, original material in nearly a decade. Rooted in the horror and sci-fi themes their audience craves, The Devil's Rain showcases 16 fiendish, soon-to-be Misfits classics. Produced by Ed Stasium, the album showcases a jaw-dropping, two-panel front/back cover painting featuring the rebirth of the band's iconic "Fiend" mascot in an epic setting rendered by Arthur Suydam. The Devil's Rain is not just a continuation of a historic legacy, it's a total reboot ushering in a new era of terror. In a sense, it's the debut album from the legendary Misfits of this decade. From fans of their classics, to newcomers discovering the band for the very first time, The Devil's Rain sets the bar, and redefines the ferocity and melody that has made the Misfits omnipresent and immortal.