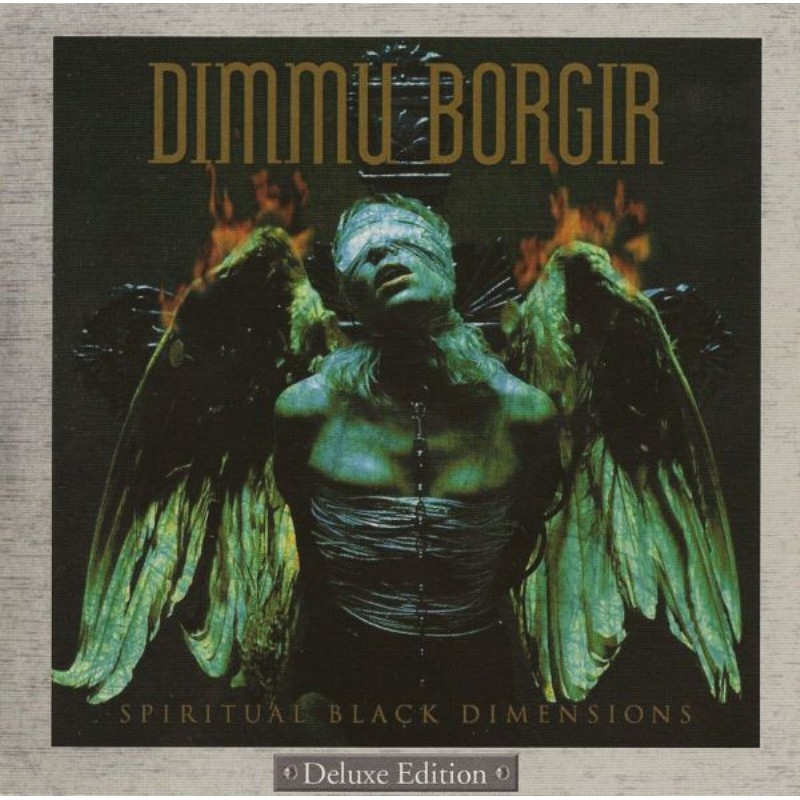 Nobody said it's going to be easy. When ENTHRONE DARKNESS TRIUMPHANT was released an hithero obscure shadow emerged from the shadows of the Norwegian black metal underground and took the hearts of all fans of dark, aggressive and dramatic music by storm. Dimmu Borgir became a synonym for the success of the most extreme and radical underground trend the heavy metal genre ever witnessed. Extensive touring and performances on all major european festivals showed the aesthetic power their majestic embodiment of evil wielded over the uninitiated. The charts of several european countries where confronted with the devil's music in undisguised splendour. Most of those fairytales are normally not destined to last forever. And I still hear the moanings of the self-styled underground elite about undue commercialisation, I still see the warning hands of morality, trying to ward of this satanic threat. Alas, none of these positions are going to last longer than the release of this album, the fourth in Dimmu Borgir's still young career. They took the commercial success of its predecessor as an encouragement to delete all 'nice' elements from their future efforts. SPIRITUAL BLACK DIMENSION is an intense and passionate document of their uncompromising lifestyle and their spirituality beyond the articles of faith represented by society and religion. The extent of their dedication to their own universe is visible in every single song. Myriads of miniscule details form the greater, grandiose structures. Far from being onedimensional every song is at the same time pompous and relentless, tempting through its beauty and repulsive from its crushing heaviness. Between these apparent contradictions lies the power of this music, so that even the aforementioned warning hands of morality will turn around to see the head banging in a magical trance. Obviously it is not the godlike power of the fairytale's narrator, but hard work that made this album as perfect as it is. Especially the newfound members Astennu (guitar) and Mystis (keyboard) play an important role, they brought in the complexity that will make SPIRITUAL BLACK DIMENSION an album not to be removed from any player for quite a while. Also one special guest is to be found on these tracks. During the recording session in the renowned The Abyss studio with the famous black metal producer Peter Tägtgren they brought in Borknagar's vocalist Simen Hestnæs (who also sang in Arcturus). His outstanding and eery singing is like the wailing of the infernal choir next to Shagrath's dark poetry. It' s save to say that black metal will not be the same after this album. Robert Müller (Hammer), December 1998.