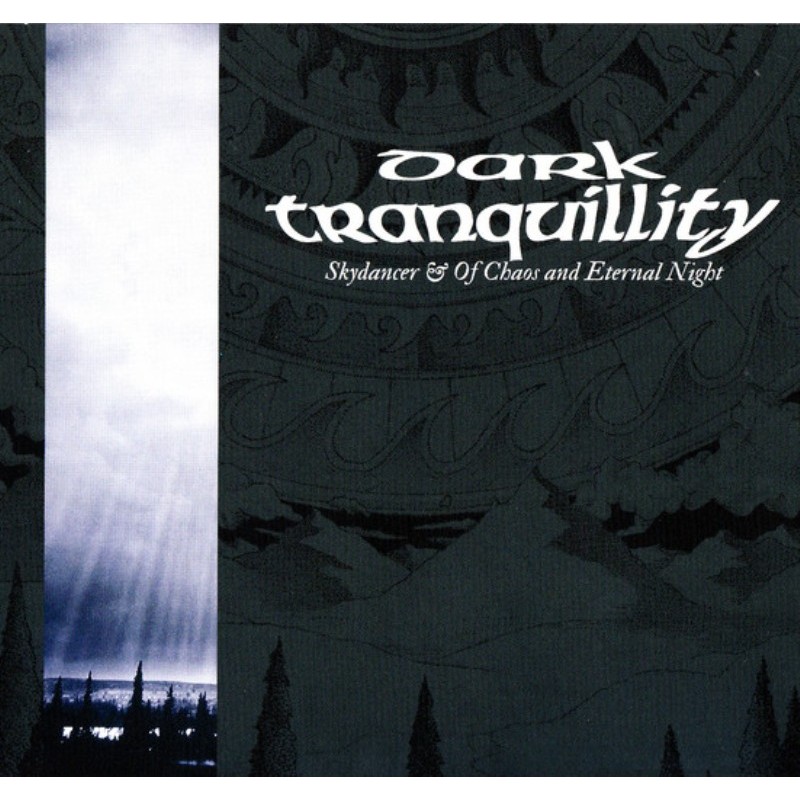 Track 13 taken from the "Skydancer" recording and remixed with new vocals in Oct 1994.

Remastered at Nacksving Studios in Aug. 2013.

Way back in 1993, DARK TRANQUILLITY was a little known band from the town of Gothenburg, Sweden. Nobody knew what melodic death metal was at that time, nor did they really understand what a huge impact this band would have on the world of metal come 1995's "The Gallery". So here we have the band's first full length CD, "Skydancer" (originally released in 1993), and their following EP "Of Chaos And Eternal Night" (1995). “Skydancer” was the last recorded output to feature vocalist Anders Fridén, later of IN FLAMES, who was replaced by then rhythm guitarist, Mikael Stanne. Incidentally, Mikael Stanne was the lead vocalist on the first IN FLAMES studio album, “Lunar Strain”. This is the official re-issue of such classic, early melodeath releases fully supported by the band and featuring detailed liner notes by Niklas Sundin and all lyrics.

Track 13 taken from the "Skydancer" recording and remixed with new vocals in Oct 1994.

Remastered at Nacksving Studios in Aug. 2013.