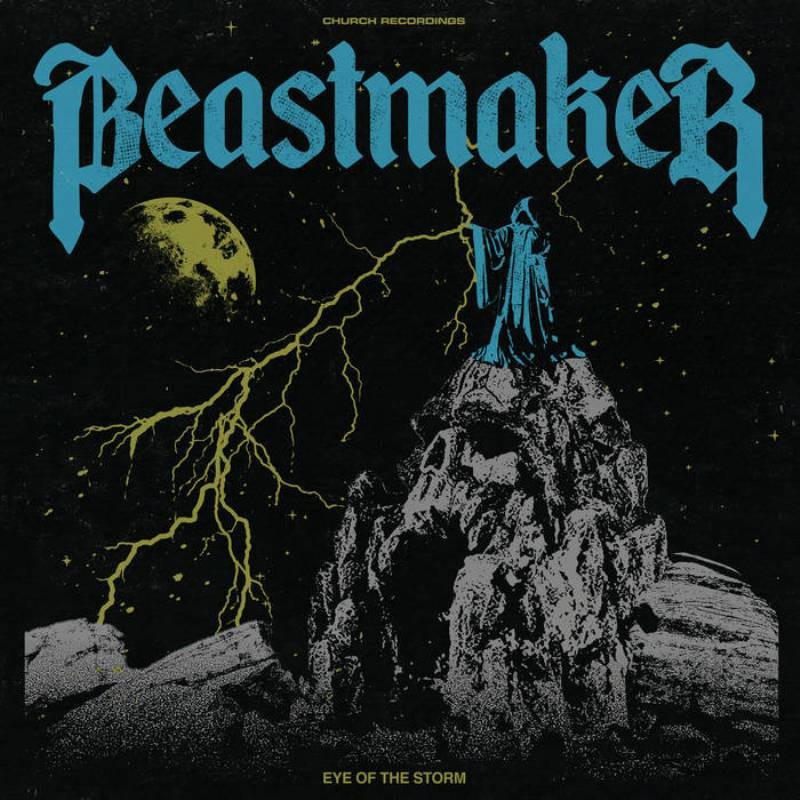 BEASTMAKER - Eye Of The Storm MCD

Since forming in 2014, BEASTMAKER have released an unprecedented wealth of material in those short five years.  Despite having put out two full-lengths and now thirteen EPs, the band have never sacrificed quality in their recordings.  Trevor William Church, guitarist, vocalist, and main songwriter also has another band, the indomitable HAUNT, with which to split his creativity.  “Eye of the Storm” is a concise mission statement from one of the absolute most exciting American Doom Metal bands out there.

The music of BEASTMAKER is magnetic, comprised of tasteful riffs with a keen sense of melody and succinct arrangement.  Fans of KHEMMIS are sure to gravitate toward the band’s blending of classic Doom aesthetics with forward-thinking scope.  Most likely, though, those folks have already enlisted within the ranks of the band's dedicated followers.

The second track, “Shadows,” is the first true highlight of the release.  Beginning with an auspiciously epic flurry of harmony, the song then melds into a staggered type of feel.  Soon, though, full-on palm-muted headbanging ensues with a protracted section accented by Church’s soothing vocal melody.  The later middle interlude truly showcases the savory selection of notes chosen to split the song effectively in half before Church drops in with a brief but acrobatic and lively solo.  This is a song that has become an instant BEASTMAKER classic.

BEASTMAKER is a band built out of a sheer, undiluted and pure love of the genre.  Indeed, one can hear echoes of classic bands that have paved the way over the years.  At times, there is a definite touch of classic BLACK SABBATH yet their sound goes much deeper than the typical prototype.  Echoes of TROUBLE can be heard especially in the intensity of the music as well as ripples of SAINT VITUS’s swagger in the execution.  Finally, shades of CANDLEMASS, as delivered through the very harmonically rich construction of the music, are displayed.

"Celestial Glow,” the fourth track, begins with an unidentifiable sample dealing with a special kind of mushroom.  Using Hammond organ for extra effect, there is a deep, underlying psychedelic thread running throughout.  It is impossible not to be absolutely floored by the low palm-muted section that preempts the chorus.  Later in the song, the band truly let loose with a monstrously heavy riff over which a decadently uproarious solo wails.  The song is a fitting call for listeners to turn on, tune in, and drop out.

The only fault that can be mentioned of this EP is its length.  At only four songs, it certainly whets the appetite, but the listener is left wanting more.  That is abundant good news for the band, however, as anticipation is already created for their next venture.  Luckily for the listener, the songs, albeit concise, are robust enough to allow for multiple spins.  It is with bated breath that all shall await the next move from BEASTMAKER.