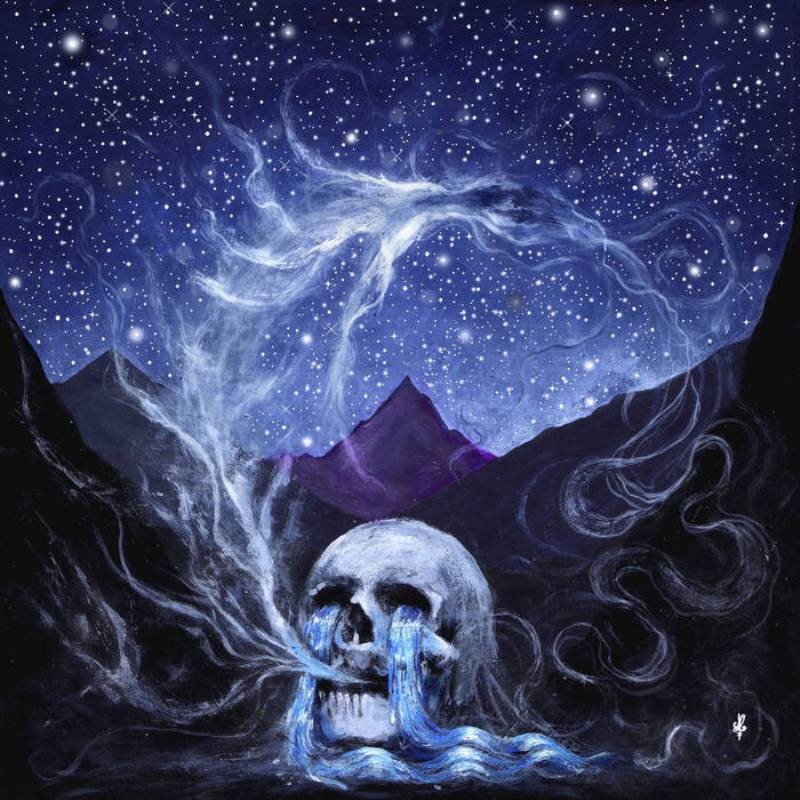 “A surrealistic journey through the heavens drenched in sorrow.”

Ecstasy. Joy. Paradise. Cosmos. “A surrealistic journey through the heavens drenched in sorrow.” That’s how American blackgaze band Ghost Bath describes Starmourner, a direct sequel to a trilogy which started with their 2015 release Moonlover, a forty-two minute exploration on humanity’s melancholy and depression; it managed to be one of my favorite releases of that year due to the beauty encased within its dark sound.

"The album explored melancholy, sorry, depression, and earthly things," says Nameless. "It represents purgatory and, most importantly; tragedy. The trilogy will represent basic human emotions and the experience of an afterlife simultaneously."

»Starmourner«, the new album, takes these concepts to a higher level. It explores joy (instead of sorrow), the cosmos (instead of earth), and paradise (instead of purgatory.) But most importantly, it explores ecstasy - instead of tragedy - as its basic human emotion. With over 72 minutes of heavy, melodic, and dramatic black metal, it is GHOST BATH’s most ambitious undertaking yet.

The album takes its listener on a journey in a variety of ways; each track is accompanied by a beautifully crafted painting as well as a "parable" to read alongside. This allows the listener to explore not only the audio soundscapes, but a visual and imaginative experience through as they delve into the album.

"The stories, or parables, look into Jewish angelology and the hierarchy of angels as found in the bible and other religious texts," says Nameless. “Although the album has a definitive joyful and hopeful feel, it is still drenched in depression and sorry, as any true GHOST BATH record should be."