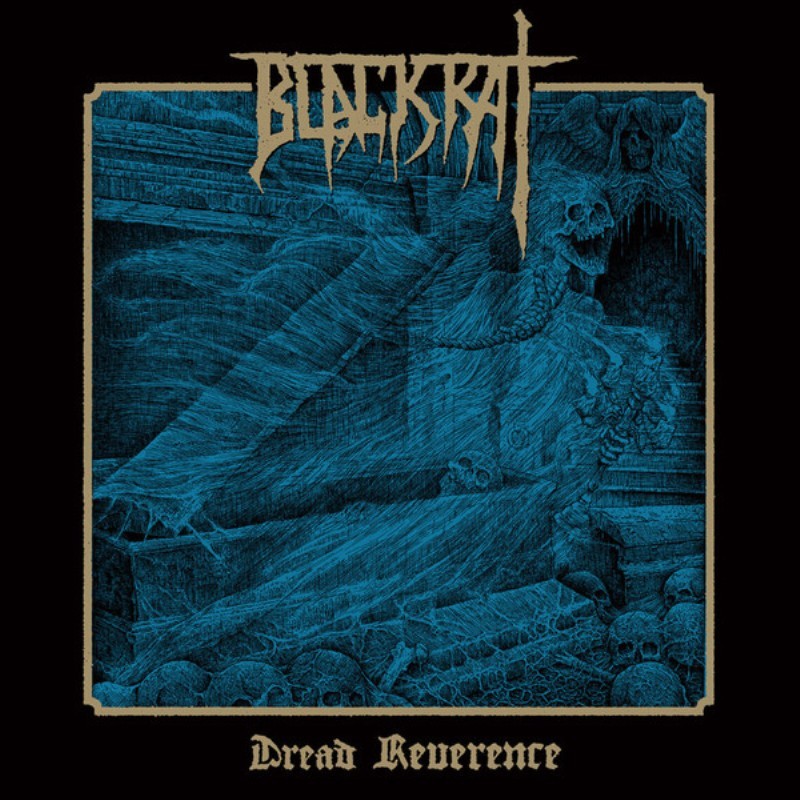 Up from the gutters and into the graveyard, BLACKRAT hereby bring you Dread Reverence!

One of the underground's best-kept secrets, BLACKRAT have been skilfully skirting the often-fine lines among metalpunk, thrash, crust, and traditional speed metal. Formed in 2012, this Canadian power-trio to date have delivered two cult full-lengths, 2013's rough 'n' rowdy Whiskey and Blasphemy and 2016's far-more-epic Hail to Hades, laying on the line exactly what BLACKRAT's all about. Big fans for years, SHADOW KINGDOM had no other choice but to scoop up the band, and now they've arrived with their ultimate statement: Dread Reverence.

More metal, more punk, darker, catchier, wilder and more finessed, just more of MORE: Dread Reverence is the sound of BLACKRAT firing on all cylinders. Wrapped in a rough-yet-clear production that allows the dirt to bleed and the chrome to glisten simultaneously, Dread Reverence positively explodes with a timelessness that's impossible to deny. It's as fresh as 2018 and as old as 30 years before that (if not more!), and it's all done effortlessly and without any trace of self-consciousness. Simply, this is who BLACKRAT are and what they do, and they're doing it better than ever - and better than just about anyone around. Plus, there's faint traces of deathrock that surface across the album, underlining further that the band are in a league of their own.

Up from the gutters and into the graveyard, BLACKRAT hereby bring you Dread Reverence!