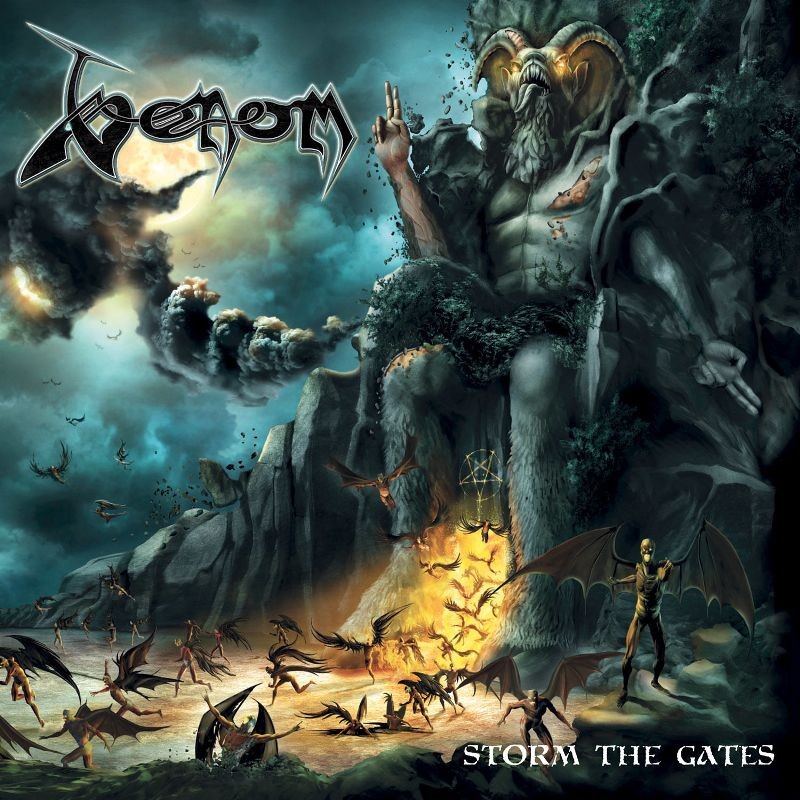 Venom, the unholy trinity of Cronos, Rage and Dante, celebrate a massive 10 years together with new studio album, STORM THE GATES – a 13-track outing for blasphemers, fornicators and the forever cursed set.

Now approaching the band’s 40th anniversary, Venom have matured into a true force of nature – louder, faster, nastier and ready to unleash the hounds of Hell with STORM THE GATES, studio album No. 15. Produced by Cronos himself, this is the raw sound of a band who don’t need tricks of technology to make their point. In 2018, Venom stand, as always, atop a pile of crushed skulls, wielding blood-stained sonic weapons designed to repel all that is weak and watered-down. They have effectively opened the gates (of Hell) for a whole new brand of Metal, genuinely changing the game with an intensity never before seen or heard.