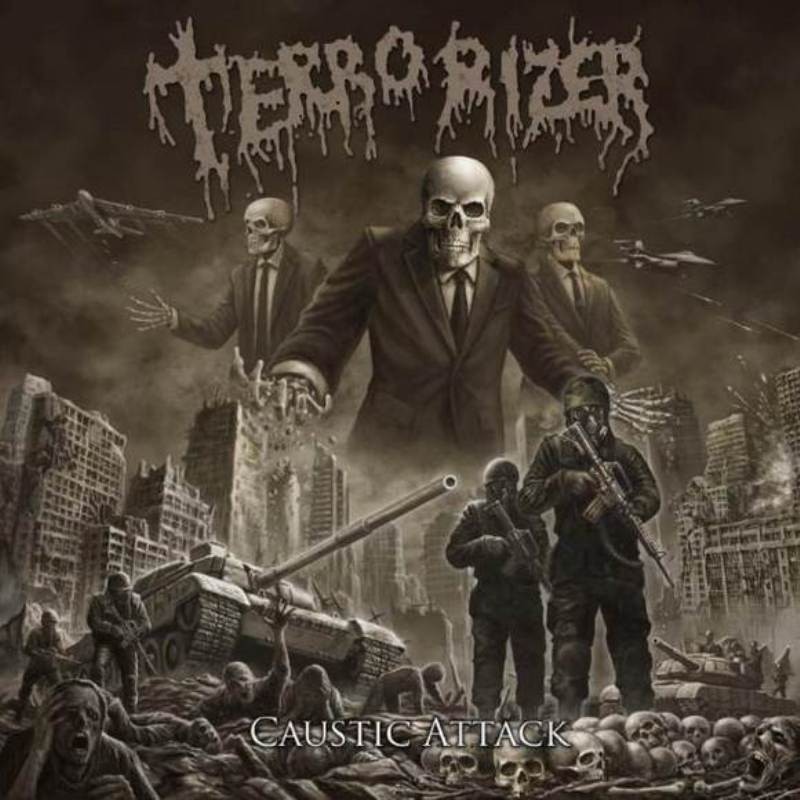 "A violently explosive album for increasingly turbulent times, Caustic Attack is the sound of a world nearing apocalypse. The songs conjure images of warplanes on bombing runs, giant tanks obliterating small villages and the endless rattle of machine guns mowing down everyone in sight. Sandoval has long been known as one of the fastest players in death metal – the pioneer of blast beats -- and he doesn’t hold back on Caustic Attack. At the same time, even the fastest songs are tighter and more precise than Terrorizer have ever been thanks to veteran producer Jason Suecof, who's painstaking method of recording showcases Sandoval and his team at peak capacity. "