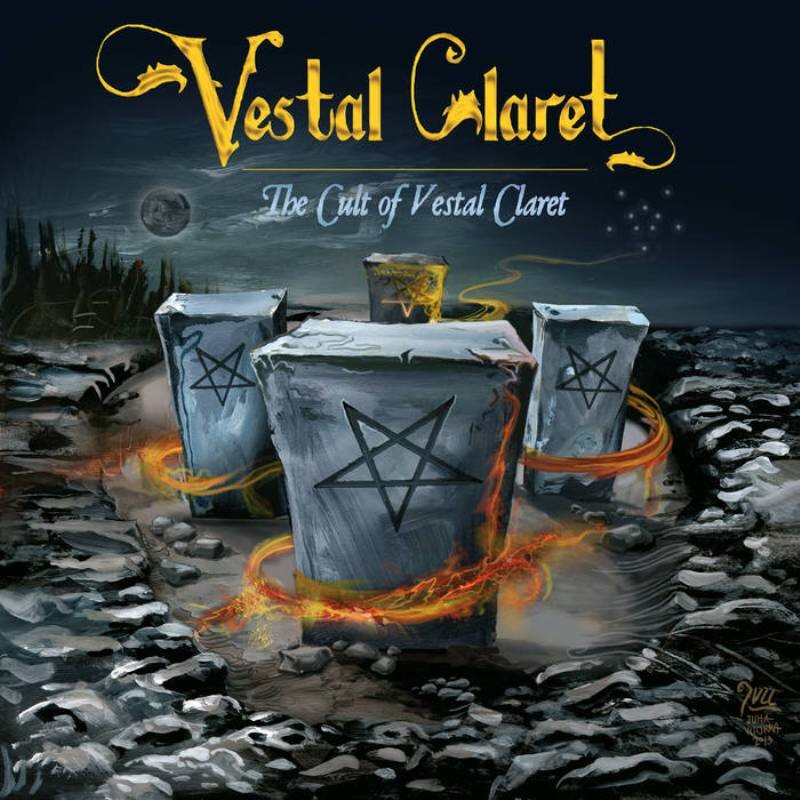 Vestal Claret might sound like a new name amongst American occult heavy metal music, but their origins are to be traced back to year 2005. When vocalist Phil Swanson met recording studio owner and poli-instrumentalist Simon Tuozzoli, he introduced Swanson to his own ""Occult Heavy Metal / Death Rock"" project. Swanson was quickly hooked, and Vestal Claret got started. After the release of a couple demos and EPs (one of which a split EP with teutonic epic metal messiahs Atlantean Kodex), Vestal Claret disbanded and only reformed in 2009. They released their first full length ""Bloodbath"" in 2011. The album was reissued in 2013 in a remastered version. ""The Cult of Vestal Claret"" introduces to the masses a name that insofar has been quite popular only amongst the die-hard fans of the doom metal scene. In fact, Swanson is well renowned for his work with Hour of 13 and Seamount. Vestal Claret's pronounced Sabbath-inspiration together with Swanson's signature doomy style perfectly blends with the band's Traditional Heavy Metal' influences, with an inspired drumming style, cutting guitars and catchy compositions. The morbid-themed lyrics seem to walk hand in hand with such mesmerizing music: Vestal Claret celebrates the dark side of the human psyche, with abundant references to Occultism, Satanism and other disturbing imagery such as the abuse of women and children. ""The Cult of the Vestal Claret"" is released on compact disc and vinyl with two different track lists. The compact disc edition includes newly recorded versions of 4 previously released tracks from the split with Ungod, and the long suite ""Black Priest"" (a different, re-recorded version from the one present on the split with Indian band Albatross). Also, the compact disc contains two unreleased songs and a cover version of Black Sabbath's ""Who Are You"".