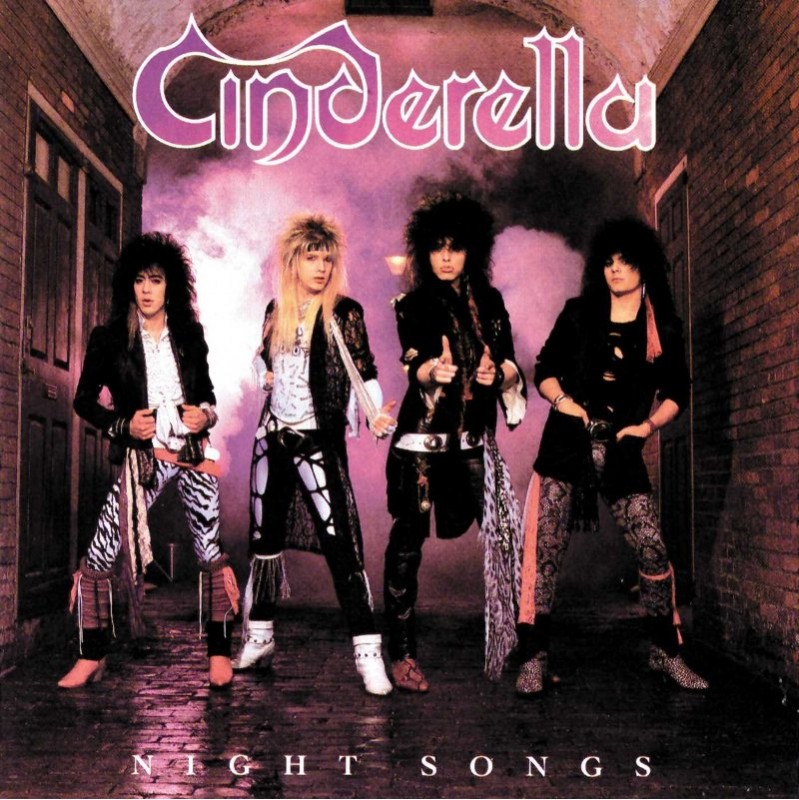 Night Songs is the debut studio album by American Rock band Cinderella, released in 1986. The album sold several million copies due to a combination of Cinderella's breakthrough single "Nobody's Fool", MTV airplay, and an opening slot on labelmates Bon Jovi's tour, in support of their album Slippery When Wet.

The album peaked at #3 on the US charts, and was eventually certified triple platinum for shipping 3 million copies. Leadoff single "Shake Me" failed to chart, but "Nobody's Fool" cracked the Top 20, reaching #13. The third single "Somebody Save Me" went to #66.

Night Songs was criticized as one of the "top five worst album covers on great albums". The cover was not that bad, it was just misleading, as it put forward a glam metal image, but the songs inside were classic Hard Rock and Heavy Metal.