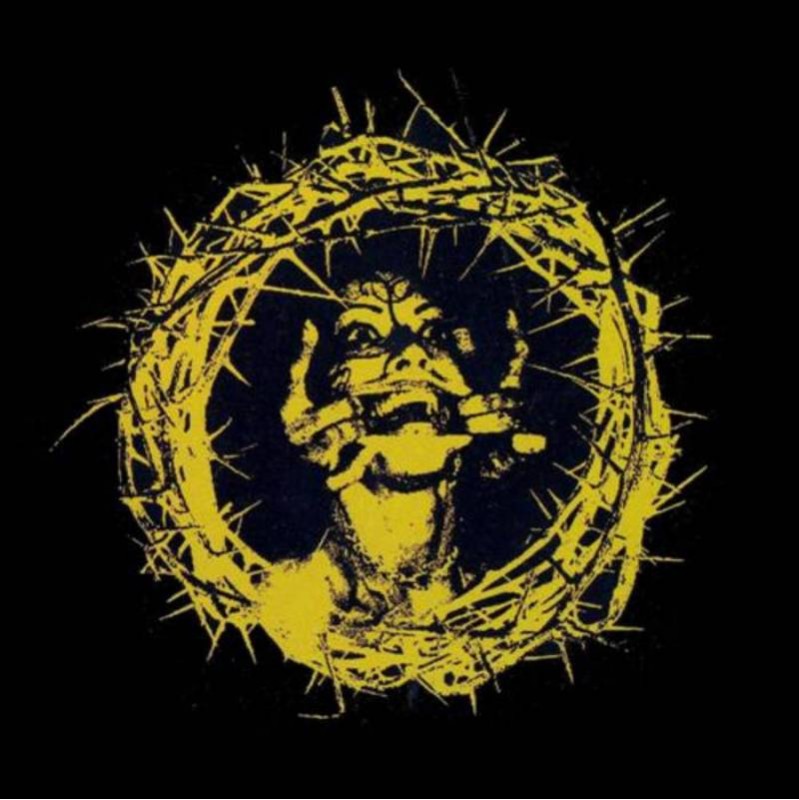 GNAW THEIR TONGUES - All The Dread Magnificence Of Perversity CD Digisleeve

Picking up where 2008's An Epiphanic Vomiting Of Blood left off, Gnaw Their Tongues is back with nine new tracks of fearsome blackened orchestral chaos and abstract horror that still sounds like little else out there.

Picking up where 2008's An Epiphanic Vomiting Of Blood left off, Gnaw Their Tongues is back with nine new tracks of fearsome blackened orchestral chaos and abstract horror that still sounds like little else out there. On Dread, we're feeling an even heavier bass-assault compared to the other releases, and this is easily the heaviest Gnaw Their Tongues release yet. This monstrous, noxious bottom-end roar that skulks and slithers throughout the album suggests a foul fusion of Abruptum (which is still the closest reference point to Gnaw Their Tongue's black chaos) and Leonard Rosenman's most nightmarish film scores, piled in towering heaps of sadistic noise, warped orchestral strings, degraded samples, shrieking voices, and punishing lurching doom draped in suffocating atrmosphere. Hyper-abstract black metal sound-collage? Wagnerian avant-doom psychosis? That's one way of putting it, but Gnaw Their Tongues is ultimately impossible to pin down, defying simple categorization as this album plunges even deeper into a black pit of total cinematic horror, sexual perversion, and shapeless heaviosity.

Once again, we've presented the cd version of this album in a deluxe heavyweight tip-on gatefold sleeve manufactured by Stoughton, exactly the same as the sort that we used for the cd release of An Epiphanic Vomiting Of Blood, and the package includes a six-panel full color booklet. Both the booklet and the gatefold features new artwork from Gnaw Their Tongues mastermind Mories, whose artwork continues to get more insane with each new release. Their are images of depravity, masochism, and sadistic enslavement captured here that we're betting are still haunting the poor saps who assembled these at the plant.

And again, the song titles evoke total nightmare visions: "My Orifices Await Ravaging", "Broken Fingers Point Upwards In Vain", "The Stench Of Dead Horses On My Breath And The Vile Of Existence In My Hands", "Gazing At Me Through Tears Of Urine", "Rife With Deep Teeth Marks", and the whopping "The Gnostic Ritual Consumption Of Semen As Embodiment Of Wounds Teared In The Soul". The album opens with a sudden blast of pounding tympani-like percussion and roaring distorted bass, a massive blackened dirge wading through a swirling storm of metal smashing against metal, howls of anguish and terror, bursts of majectic brass fanfare and distortion and epic string sections struggling to emerge from the chaos, then turning into a sea of tense strings and choral voices spreading out towards the end that creates a less noisy but still totally evil atmopshere before becoming devoured at last by the bulldozing black industrial doom. Then it's on to "Verbrannt und verflucht", a mechanical black dirge filled with darkly beautiful orchestral strings and stumbling chaotic drumming, weaving back and forth between a crushing lopsided industrial groove and bombastic riffage that's shot through with brief sections of shimmering ambient drift and echoing chimes and harsh whispered vocals.

The next track opens with an immense deep bassline, like the shuddering tones of a massive bowed cello rumbling through an underground cave system, then launches into another stumbling industrial groove, like a broken Godflesh track draped in harrowing Bernard Herrmann strings, dissonant riffage and some of the albums most overt black metal style vocals, a seriously pissed-off ripped-throat shriek soaring over the sludge. Halfway through, the song turns into a a gripping cinemtatic dirge, just heavy drums and looped strings and ominous bassline spreading out over several minutes, then sinking back into a morass of charred distorted drone, cello and weeping female vocals towards the end. "Stench" juxtaposes a reading of a poem from Gustave Flaubert over monstrous slow-motion doom, and " L’Ange qui annonce la fin du temps" reveals a seething mass of murderous whispers and demonic black ambience, deep pounding kettledrums echoing through the pit, dissonant piano and Lustmordian darkness swirling with swarms of atonal strings and hovering drones.

A heavy rhythmic orchestral loops opens "Gazing" and leads this track into one of the album's most "grooving" moments, a massive winding doom riff working its way across pitch-black film-score strings and later joined by scathing blackened vocals. "Rife" starts off with a full minute of granular black noise before dropping in to a chaotic lurching off-time riff and a churning maelstrom of distorted electronics and looped orchestral stabs, but evolves into dreamy dark ambience laced with piano and hushed female vocals in it's second half, then exploding into a monstrous speaker-shredding bass-heavy drone at the end.

And then as if things couldn't get any more terrifying and nightmarish, the title track appears, opening with a distant female voice screaming for help (a sample I recognize but can't place off of the top of my head), her frantic screams repeating over and over and over as the vicious black doom riffage and industrial percussion pours forth, massive blasts of brass fanfares and dense strings piled on top, the sound absolutely suffocating. But then four minutes in, the doomy heaviness and strings drop out suddenly and we're left with minimal fluttering drones and slow dissonant chords being smashed out of a piano for a minute, a brief moment of almost-calm, and then the drums begin to pound and the orchestral sounds and distorted riffage crashes back in with an epic final hook that's one of the most majestic moments on the album, almost sounding like My Dying Bride but drowned in noise and filthy buzzing bass and psychotic strings.

Finally, "Gnostic Ritual" closes the album with a simple two-chord bass riff over pounding, heavily echoing drums, a blackened dubby doomscape filled with super distorted shrieks and harsh noisy ambience, slow and crushing and utterly depressing, and as the track continues the stripped down industrial dirge is slowly joined by waves of rumbling orchestral percussion, distant warning sirens, murky strings and suspended high pitched drones that builds in intensity until finally fading out on a smoking trail of crackling feedback and distorted bass.