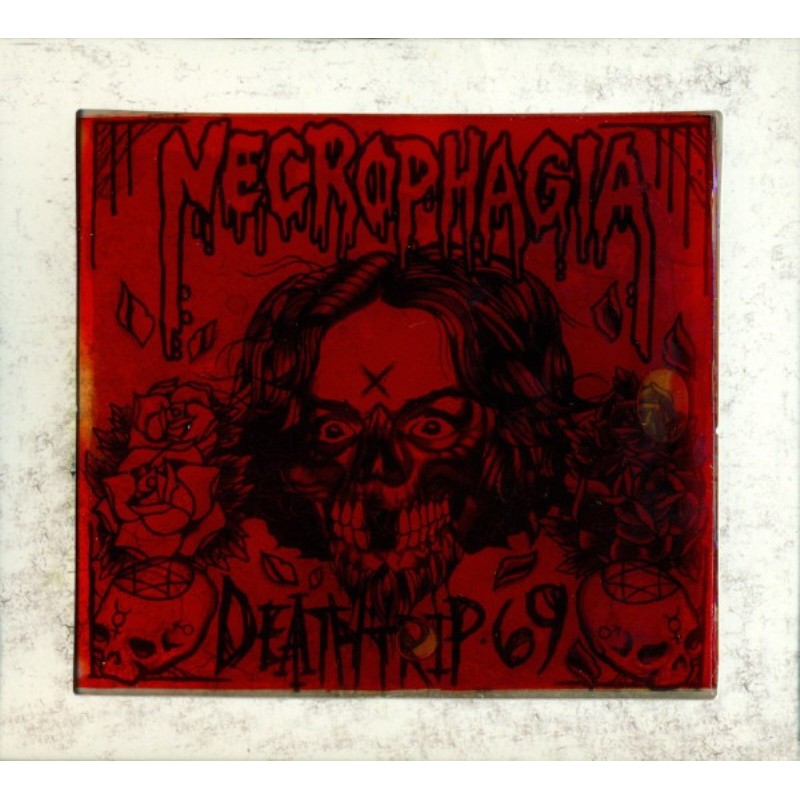 Death metal from the grave!

NECROPHAGIA finally unleash their fifth full-length unto an expectant world. Killjoy, known as the Godfather of Gore Metal, and his companions in Horror are delighting their dedicated and large fan base with the return to a more old school approach to their very own gut wrenching, brain drilling style of Death Metal. When NECROPHAGIA split in 1987 (despite their tremendous impact in the extreme Metal scene) popular demand and the persistence of Philip Anselmo (DOWN, ex-PANTERA), who joined the band, convinced Killjoy to resurrect his band in the middle of the 1990’s. Ever since all NECROPHAGIA releases scored huge successes with critics and fans alike. “Deathtrip 69” features all their beloved elements such as gruesome movie samples and ripping riffing, as well as guest appearances by Casey Chaos (AMEN) and Maniac (SKITLIV, ex-MAYHEM). NECROPHAGIA will get you!