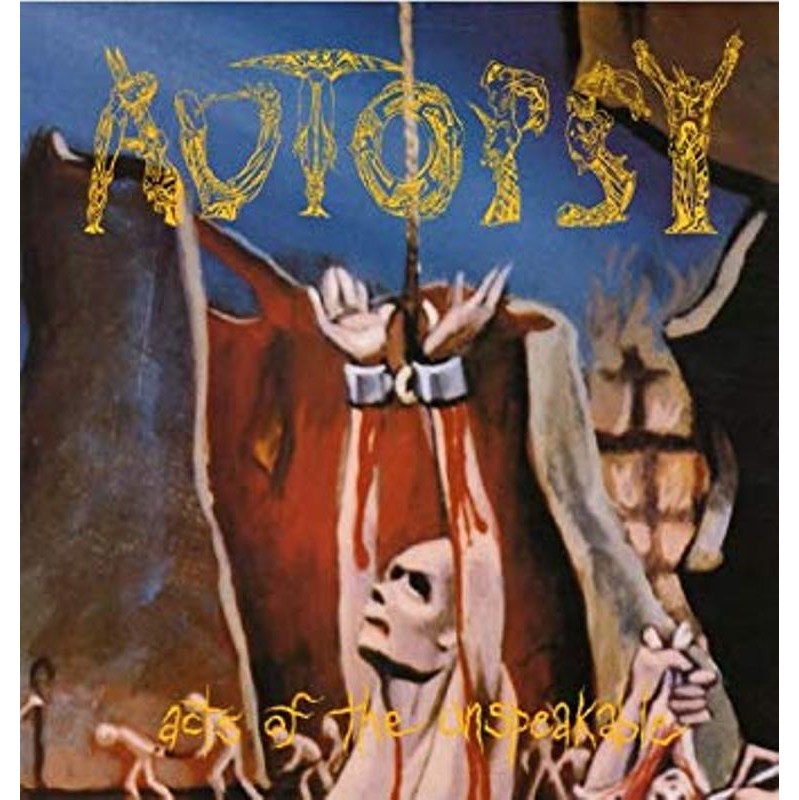 AUTOPSY - Acts Of The Unspeakable CD

Their third album, the highly controversial 'Acts Of The Unspeakable' surfaced in Oct '92 to widespread delight and fury.

Californian gore metallers Autopsy burst onto the scene in 1988 with almost immediate infamy. Frontman Chris Reifert was already a well known force on the underground through his time as drummer with Florida's highly respected metal combo, Death. After playing drums on the band's debut album, the much acclaimed 'Scream Bloody Gore', Chris moved back west to the more open climate of San Francisco and together with Danny Coralles & Eric Cutler formed Autopsy. The partnership kicked off in April 1989 with their debut album 'Severed Survival', a brutal explosion of heavy riffs, tight drumming and a screaming vocal, rounded off with concepts of death, disease and diabolica. A successful European tour with label mates and rising stars 'Paradise Lost' saw the band solidify their ever-growing army of devotees.

Their third album, the highly controversial 'Acts Of The Unspeakable' surfaced in Oct '92 to widespread delight and fury. The press and fans adored the album, with artwork and lyrics loosely mirroring concepts similar to Hieronymous Bosch. The authorities didn't quite see things in the same way as copies of the album and T-Shirts (based on album artwork) were seized the world over. This only added to the reputation of the band with 'Acts' being lauded as the definitive Autopsy album.