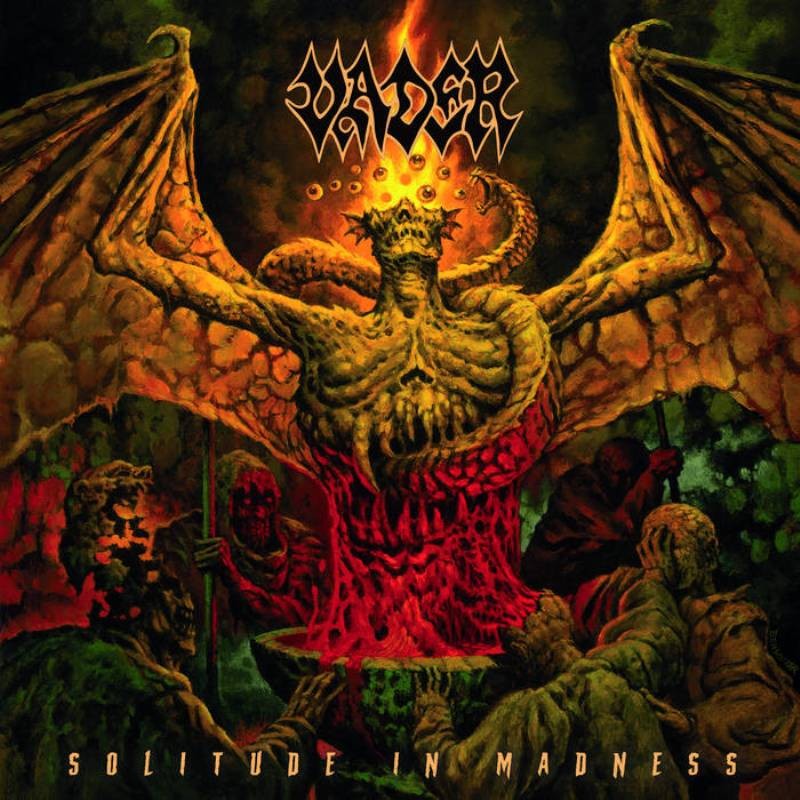 Polish death metal legends VADER have returned with their 16th studio album, Solitude In Madness. Never one to rest or relax, VADER have done it all over the course of their 37-year history. From playing super-aggressive thrash under the watchful eye of Communist Poland and signing a worldwide deal with popular UK indie Earache Records to touring the globe – after the dissolution of the Warsaw Pact in 1991, of course – and enjoying a near-maniacal fanbase, there’s no stopping the Piotr“Peter”Wiwczarek-led outfit. Proof of that lies in the exceptionally great Solitude in Madness, where speed and power are back as the driving factors in VADER’s fiendish yet proficient death metal. Further evidence can be found in the differences that separate previous pounder The Empire from Solitude in Madness.