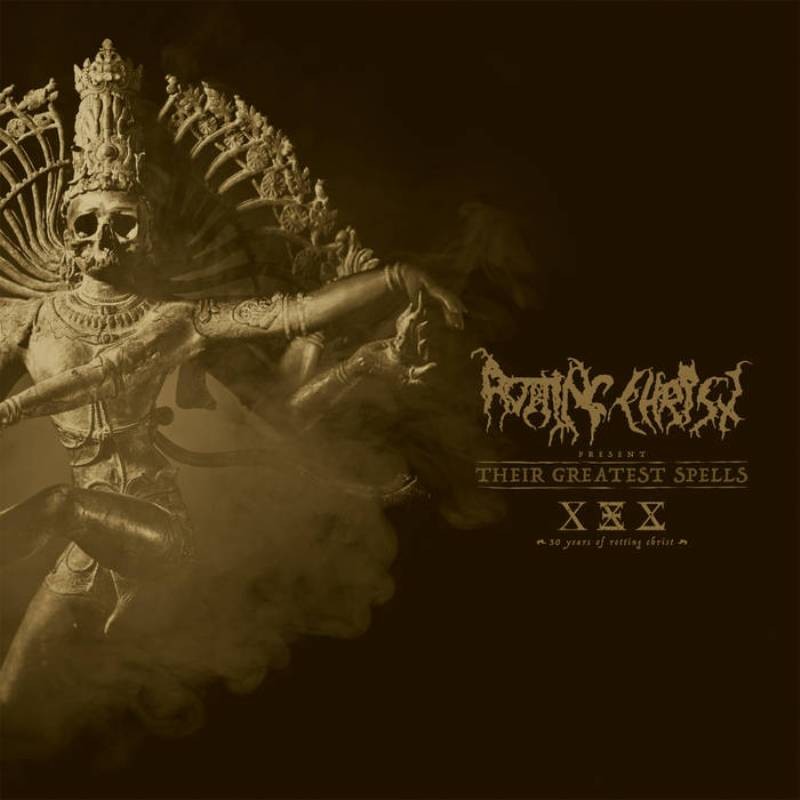 Best of compilation of the cult.

ROTTING CHRIST were the first Greek band to break out from the underground and make their impact felt worldwide. These trail blazers commemorate their 30th anniversary with 'Their Greatest Spells'; an extensive, 33 track, two-disc collection of their finest and most pivotal songs as well as the previously unreleased "I Will Not Serve". Compiled by founder/frontman Sakis Tolis, 'Their Greatest Spells' traces the ascent of these black metal titans from their primal early days to their rightful place today among the genre's all-time elite.