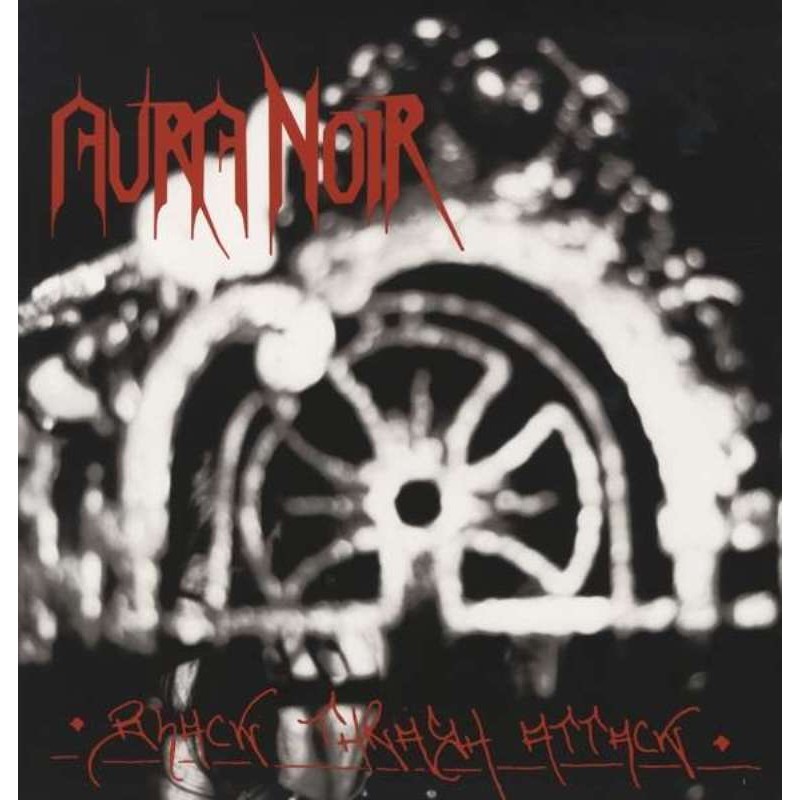 Standard jewel case with transparent tray and a 12-page booklet.

Norway’s Aura Noir was formed in 1993 by Aggressor & Apollyon in pursuit of a more thrash-based form of black metal than much of what was coming out at the time - particularly in their homeland - citing bands such as Slayer, Sodom & Kreator as inspirations along with purveyors of the scene such as Venom, for a dirtier, stripped down, violent black/thrash metal sound. Their first official release was the ‘Dreams Like Deserts’ EP on Hot Records in 1994, and from there-on the band has become a cult act. ‘Black Thrash Attack’ was Aura Noir’s debut full length album, originally recorded & released in 1996, & was a continuation of the intense thrash riffing displayed on ‘Dreams Like Deserts’. This edition of ‘Black Thrash Attack’ has been newly re-mastered by the band in Oslo, & also includes an exclusive cover of the venom classic ’Heavens on Fire’, from the cult ‘Black Metal’ album. All members of Aura Noir have had illustrious careers to date, with Carl-Michael Eide (Aggressor) currently heading the twisted prog band, Virus, Apollyon is the present bassist in Immortal, & having being Mayhem’s guitarist & main writer for a long period, Rune currently plays in atmospheric doom act, Ava Inferi. Aura Noir is considered the top black/thrash act in the scene, with extensive touring currently lined up, starting with a European tour in the autumn of 2011, to include the return of Aggressor to the live line-up, having been out of action for several years.