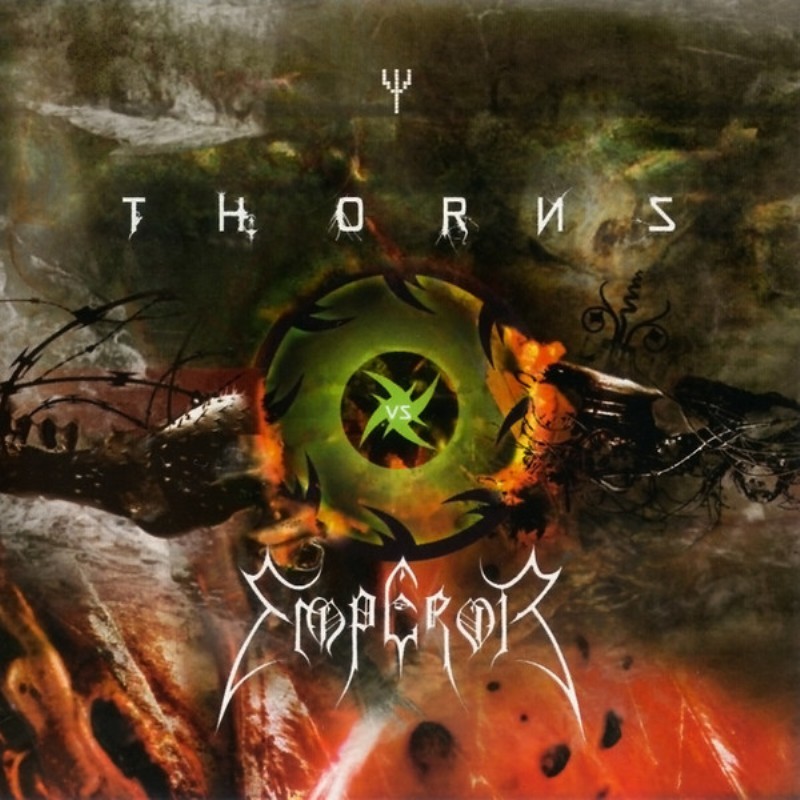 This edition of Thorns Vs Emperor includes 3 bonus tracks.

Originally formed in 1989 by mastermind Snorre Ruch, Marius Vold, and Bård Faust (Emperor), Norwegian band Thorns has inspired a great number of acts such as Satyricon, Mayhem, Dissection, and Emperor, mainly due to Snorre's highly influential style of playing and creating riffs on the early Thorns demo tapes. So impressed was Euronymous of Mayhem, that Snorre became second guitarist in the band for a while and his riffs were used in classic Mayhem tracks.

'Thorns Vs Emperor' was the first release after Snorre emerged from an 8 year prison stretch, and saw light of day in 1999. It had been discussed with Samoth of Emperor during this time that the 2 bands could release something together, and later Satyr of Satyricon became involved to make the project happen, also lending his vocals to the Thorns tracks on offer here.

The Thorns part of this disc features reworked and re-recorded versions of cult demo tracks which had been swarming the underground for years. The songs were given a new, clean and powerful lease of life with the razor sharp and chilling riffs. New samples and effects were also added to further the dark and strange atmosphere, lending a slight industrial texture to some parts.

Emperor show their wizardry with classical, industrial and electronic renditions of their own, and Thorns, material; a highlight of which is a stellar metallic cover of the Thorns black metal classic, 'Ærie Descent'. This was from a time when Emperor was highly active and one of the leading forces in the metal world.

This edition of Thorns Vs Emperor includes 3 bonus tracks. The first song is a rare version of Thorns 'You that Mingle May' with Satyr and Fenriz of Darkthrone on vocals. Also included are 2 pre-production versions of the Thorns songs 'Ærie Descent', and 'The Discipline of Earth'.

Full lyrics for the Thorns songs are also included on this release for the first time.