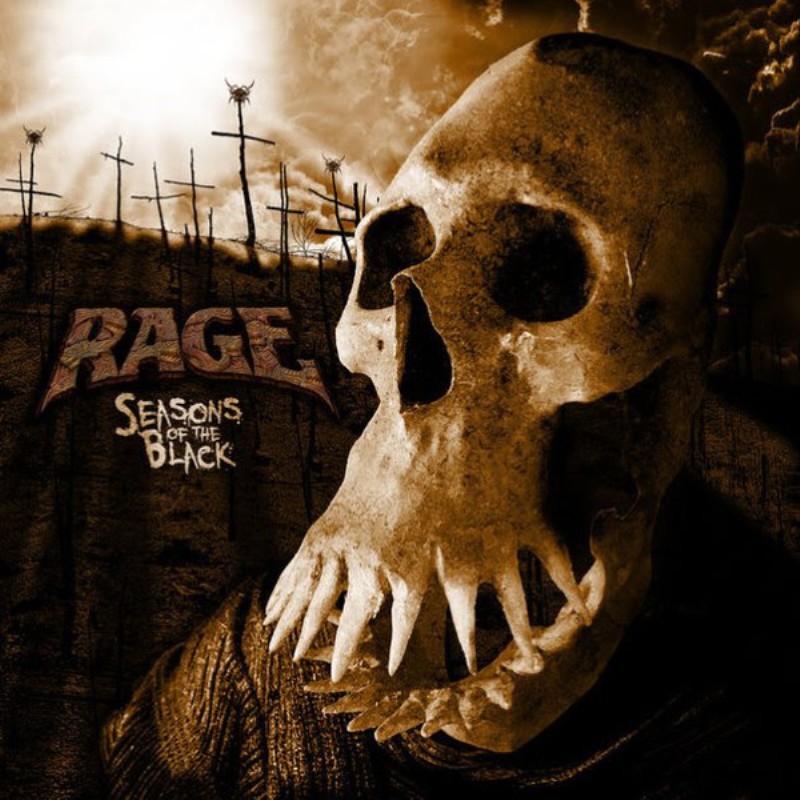 2017 release from the veteran German metal band. Rage is unstoppable. Only 14 months after the release of the previous record, Peavy Wagner and his Rage mates release their 23th studio album, called Seasons Of The Black License. Peavy, who is having "a hell of a time" with his current band members, comments: "We are incredibly creative and inspire each other so much, that the songwriting happens almost by itself, so to speak. We are constantly spewing out new ideas, on tour, at rehearsals, even at dinner... it is fantastic." The eleven tracks on Seasons Of The Black directly tie in with the predecessor album and show clearly that - thanks to the new line-up - the band has virtually re-flourished. Seasons Of The Black is the musical proof of Rage in top condition that is so back on track as it can possibly be, even featuring a new freshness, 33 years after the band's foundation. And there's more to come.